What to Watch For in the October Jobs Report 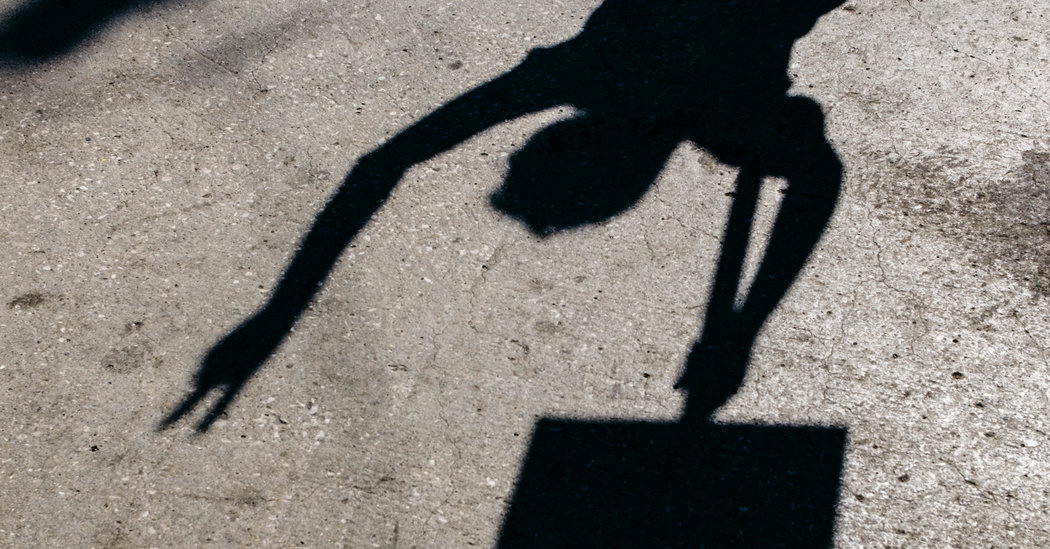 The General Motors strike will cast a shadow over the coming jobs report. But the outlook was darkening even without it.

The Labor Department will release its monthly estimate of hiring, unemployment and wage growth at 8:30 a.m. Friday. Economists surveyed by Bloomberg expect the report to show that employers added about 85,000 jobs in October, which would represent the smallest gain since May. Some forecasters think the number could fall below 50,000, which would be the worst reading in two years.

The full story is not as gloomy as those numbers make it sound. The work stoppage at G.M. temporarily shaved close to 50,000 workers from the employment rolls. The United Automobile Workers union called off the strike last week, but not in time for its striking members to be counted in the October data. Their return will bolster November’s figures.

But even accounting for the strike, job growth has been slowing. Hiring has been particularly weak in manufacturing, a result of trade tensions and the cooling of the global economy. That pattern probably continued in October, and economists will be watching for any sign that trouble is spreading to other sectors.

Here’s what to watch for in Friday’s report.

The labor market has been a bastion of consistency throughout the decade-long economic expansion, steadily adding jobs despite natural disasters, government shutdowns and political turmoil. The United States has now experienced 108 straight months of job gains, more than double the previous record.

Lately, however, there have been signs that the jobs engine is losing momentum. Employers added about 160,000 jobs per month in the first nine months of the year, putting 2019 on track to be the weakest year for job growth since 2010. Other indicators, including a dip in the number of job openings, also suggest a gradual cooling.

[Even with the low unemployment rate, many Americans are having trouble finding work after losing it.]

Hiring last year got a push from the 2017 tax cuts, so some slowdown was to be expected as the effects of the cuts wore off. The question is whether hiring stabilizes at a somewhat lower level or continues to fall. A good rule of thumb: Growth above 100,000 jobs per month should be enough to keep the unemployment rate flat or falling. Much below that, and joblessness will start to rise, a sign of a recession.

“The economy is slowing down,” said Ben Herzon, an economist for Macroeconomic Advisers, a forecasting firm. He does not expect a recession, but he said one “is much more likely now than it has been in recent years.”

A sharper slowdown in hiring would be bad news for President Trump, who has made the strong economy a central selling point in his bid for re-election. And it could also raise concern at the Federal Reserve. Policymakers at the bank cut interest rates on Wednesday in a bid to shore up the economy, but signaled that they would probably pause to assess fresh data before cutting again.

Business investment is falling, manufacturing is in a slump and confidence among corporate leaders has been declining. That leaves consumers as the main pillar holding up the economy. So far, they’re doing fine — consumer spending was strong in the third quarter, helping to offset weakness elsewhere.

Those same patterns are playing out in the job market. Job growth in manufacturing, which experienced a mini-surge early in Mr. Trump’s term, has slowed recently, as has hiring in the oil patch. But the service sector has been holding on strong, despite steady job losses in retail.

“The story right now is about the mighty U.S. consumer,” said Julia Pollak, a labor economist for ZipRecruiter, an online job marketplace. “The consumer could help us weather all of these other risks and headwinds.”

That divergence cannot continue forever. Eventually, either businesses will start to cut jobs, a surefire way to erode consumers’ confidence, or free-spending shoppers will set executives’ minds at ease and encourage them to ramp up production again.

“At some point in time, either the business sector has to come back or the consumer will falter,” said Diane Swonk, chief economist for the accounting firm Grant Thornton.

One reason for concern: Hourly wage growth has stalled recently, after rising last year. The length of the average workweek has also fallen slightly. Without more pay and more hours, it will be hard for consumers to keep spending more money.

Friday’s report could be tricky to interpret. The direct effect of the G.M. strike will be easy for economists to account for, but the work stoppage also sent ripples through the automaker’s supply chain that could be harder to detect. The companies that make parts, the trucking companies that haul them and even the restaurants that serve G.M. workers all lost business during the strike. That almost certainly led to cutbacks in workers’ hours, and may have led to job losses.

California wildfires — and the blackouts meant to prevent them — may also have disrupted hiring and kept some workers home. The fires are unlikely to have a big effect on the overall job numbers, but could affect some underlying details.

There’s a common saying within the C-suite that a trade war has no winners. But recent reports suggest maybe one victor is emerging from the U.S.-China trade spat: Vietnam. According to data from Japanese investmentbank...
Fortune
07.18.19

Valve just made a change to how it splits up revenue from games on its Steam platform that will share more money with developers. Valve announced the change Friday night, which details updates to its...
Fortune
12.01.18

The border between Venezuela and Colombia is set to become the stage of a showdown Saturday between Nicolás Maduro’s authoritarian government and the opposition. Juan Guaidó, the Venezuelan parliament leader who many countries now recognize...
TIME
02.22.19

Fiat Chrysler Automobiles is planning to convert an engine plant that has been idle since 2012 into an auto-assembly plant, in what would be the first auto-assembly line to open in Detroit in 27 years,...
Fortune
12.06.18

On Friday, March 15, in nearly 1,000 cities and towns in at least 82 countries around the world, young people are planning a school strike. The reason? A lack of action on climate change. And...
Fortune
03.12.19

Sonos’ stock surged 20% Thursday after reporting revenue that blew past Wall Street estimates as the company’s Beam soundbar proved to be a popular new item. Revenue grew 28% to $273 million in the third...
Fortune
11.15.18

Is your business prepared? A year ago, the European Union adopted the General Data Protection Regulation, or GDPR, a piece of legislation designed to force companies to protect people’s data. In just a few months,...
Fortune
05.06.19

The Federal Reserve signaled Wednesday that it’s unlikely to raise interest rates for the rest of the year, prompting the stock prices of banks to decline. In general, higher interest rates are positive for the...
Fortune
03.20.19