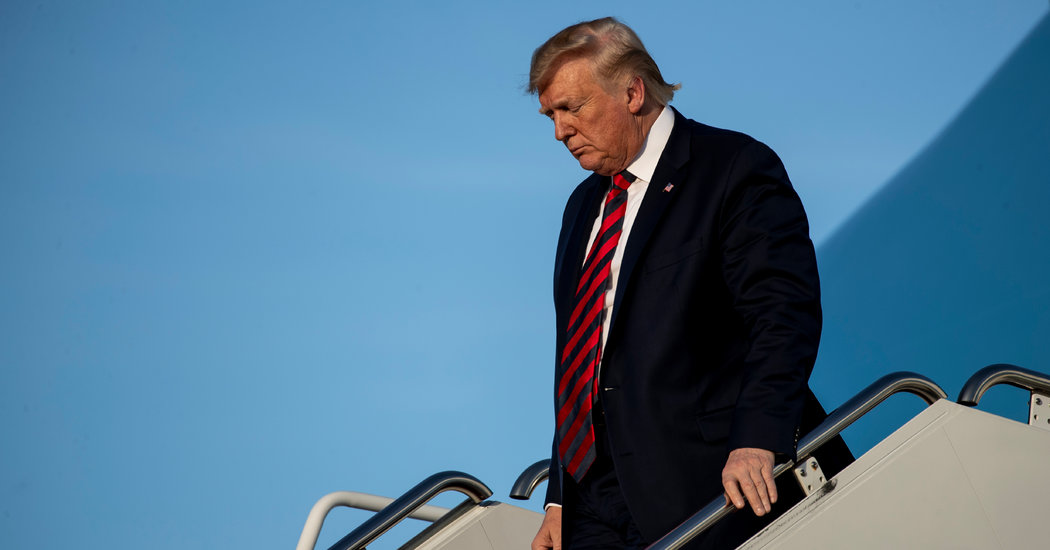 WASHINGTON — President Trump on Friday appeared to mix up Louisiana and Mississippi, or at least his travel plans, ahead of his late-afternoon trip to Tupelo, Miss., for a “Keep America Great” rally.

The president’s rally in Mississippi is scheduled for Friday evening. He was in Louisiana about three weeks ago.

The president appeared at the Oct. 11 rally with Eddie Rispone, who is competing in a runoff election for governor of Louisiana later this month, but had not formally endorsed him.

Minutes after his initial tweet and deletion, Mr. Trump rallied his followers to support Mr. Rispone.

There was nothing on the president’s public schedule about an additional stop in Mississippi’s neighboring state. The president is scheduled to leave Washington late Friday afternoon.

The White House could not immediately be reached for comment.

A collection of the most salient exchanges from Wednesday’s bombshell hearing in which the Justice Department reversed course and said it had been “instructed” to try to get the citizenship question back on the 2020...
Talking Points Memo
07.03.19

Quick Take A viral social media post suggests that the Constitution would allow President Donald Trump to seek a potential third term in office if he were to be impeached, but not removed. The Constitution...
FactCheck.org
10.03.19

Former Trump campaign adviser Roger Stone, who was arrested on Friday, and Donald Trump share a unique history: Both were heavily influenced by the infamous attorney Roy Cohn, who served as a chief counsel to...
Democracy Now!
01.28.19

On Sunday, Governor Jerry Brown said the fires were driven by climate change and that California needs to learn to adapt. Gov. Jerry Brown: “We’re in a new abnormal. And things, things like this, will...
Democracy Now!
11.12.18

There will now be at least nine participants in November’s Democratic debate! On Thursday, Sen. Amy Klobuchar earned 3 percent support in a new Quinnipiac University national poll. It was the final piece of the...
FiveThirtyEight
10.24.19

Total raised Raised in the second quarter When a presidential candidate raises a lot of money, they’re probably going to tell you about it, which leads to a lot of headlines like this: Those headlines...
FiveThirtyEight
07.16.19

This is a rush transcript. Copy may not be in its final form. JUAN GONZÁLEZ: We end today’s show looking at a shocking new report titled “Who’s Behind ICE? The Tech and Data Companies Fueling...
Democracy Now!
10.24.18