TIME
Investors Seek an Edge By Using Technology That Reads Between the Lines What Is StockX? Everything You Need to Know About the Billion-Dollar Sneaker Empire

There is a slice of New York City that has remained virtually intact since the 1990s. It’s not a neighborhood or an avenue or a street. It’s not the sort of destination covered in trendy magazines that visitors are urged to explore. It’s not a club or a bar or a café but a quieter, more subtle, and certainly more authentic spot. It’s a store that has stood the test of time.

Walk into the Chess Forum on Thompson Street, and you will probably be greeted by an 8-year-old-boy of Asian descent, intently yet peacefully reading through a massive book filled with words and diagrams. Across from him, notice a chess board. The kid is playing himself.

“He comes every day from Chinatown,” says Imad Khachan, who opened the store back in 1995 and has been operating it ever since. “Two days ago, he was teaching a big fancy lady who works in technology—she was probably four, five times his age.” 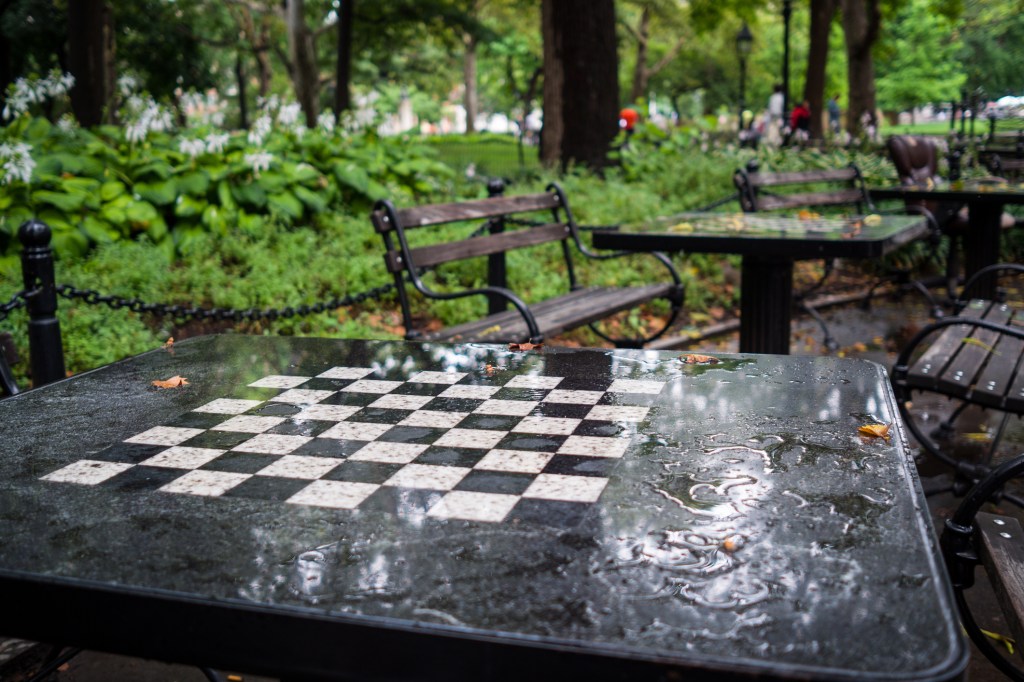 This culturally fluid New York still exists in pockets mostly made up of local residents on buses, in parks, and in bars. They’re hidden, washed out by the synergy and loudness of a city whose residents beg to keep up with the times. The Chess Forum is one of the last bastions of a society that was content in reveling in a simple concept: This is just a place to play chess. That temperament is evident today in the store’s decor, atmosphere, and incessant roster of personalities that walk in nightly: the Columbia professor who writes detective novels on the side, the anonymous Italian gentleman with a tattoo of a chess piece on his arm, and even the likes of musician Sting, whose manager, Khachan reports, has called the shop the singer’s “favorite in the world.”

But the store’s personality and heart find its rhythm in Khachan himself, a 54-year-old who fled Lebanon in 1982 to attend Damascus University and then landed a scholarship at New York University in 1987 to pursue a graduate degree. (“Fast-forward 30 years, and [people] are now escaping to Lebanon from Syria,” the owner says. “Nobody knows how life turns around.”)

In 1989, following a lead from his professor, Khachan found employment at the Village Chess Shop, a famous Village destination at the time, while working his way through a Ph.D. program that he eventually had to abandon, given the demands of his business.

Khachan claims that his former employer promised him the store in five years’ time. About six years in, the Village Chess Shop’s owner scoffed at the suggestion of a handoff.

Khachan recalls the next portion of his life in the same vein he discusses just about any topic, showcasing a deep religious faith and belief in the good fortune afforded to those who strive to live nobly and peacefully among others. Around 1995, noticing a “For Rent” sign just a few stores away from his employer’s, Khachan walked in and was immediately enthralled by the L-shaped space that remains intact today. As for his financials, Khachan again mentions his luck: "That same year, my father worked for the UN," he explains. "They gave him a decent retirement plan. Basically, this is my father's store." 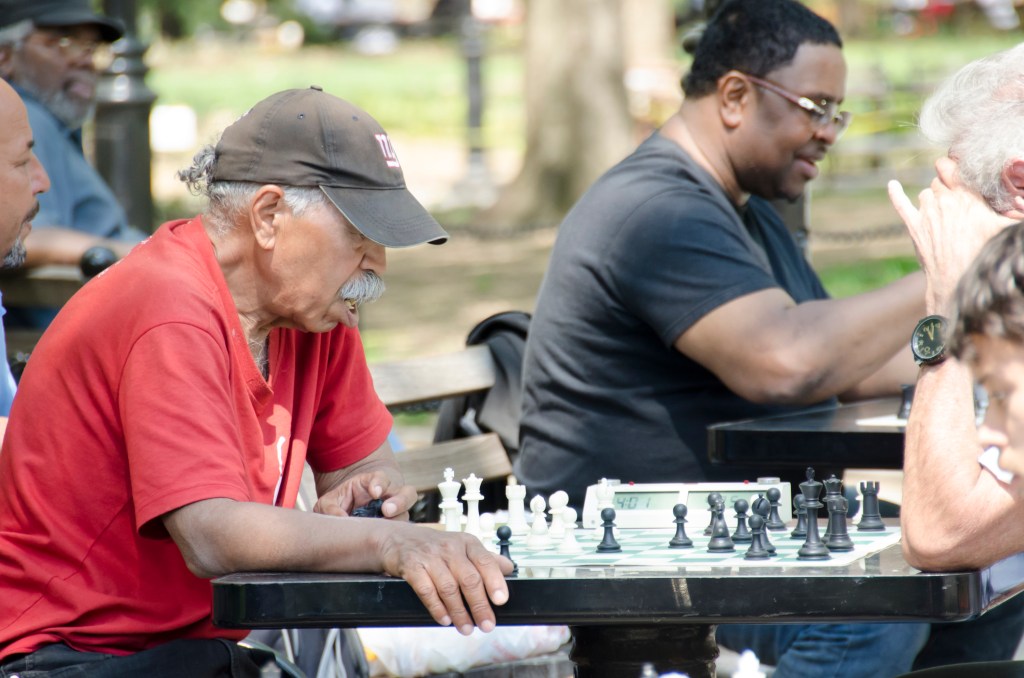 A man playing chess in Washington Square Park in Manhattan.

What ensued was what papers at the time dubbed the “civil war on Thompson Street.” After the opening of the Chess Forum, Khachan’s former employer sued him (Khachan eventually won), and the legal battles that followed unearthed a slew of stories about the origins and mechanics of each store—tales that Khachan is happy to discuss but don’t really get to the heart of what the Chess Forum is to New York today.

For a mere $5, adults (kids play for free) can spend the day playing or watching others play chess and backgammon at one of seven tables at the back of the store, which Khachan describes as “a saloon scene from a Western: Walk in and see who is the fastest gunman.”

What the few bucks will grant you is more than a front-row seat to some pretty exciting games. The Chess Forum is a casting call for unforgettable New Yorkers, including the superior chess players that take up residence daily at nearby Washington Square Park, which Khachan avoids (“It’s too ferocious for me”) but of which he appreciates the value. “They are the soul of chess in the city,” he says. “These people sit in the sun all day to make $40, $50. They give the city its image and get nothing out of it except their daily bread.”

When they visit his store, Khachan sometimes doesn’t charge them for the $20 plastic chess set they’re requesting. “It’s their livelihood,” he says. “A guy could also be waiting for me at the corner with a knife and take the set from me, but he’s trying to do in an honest way.” 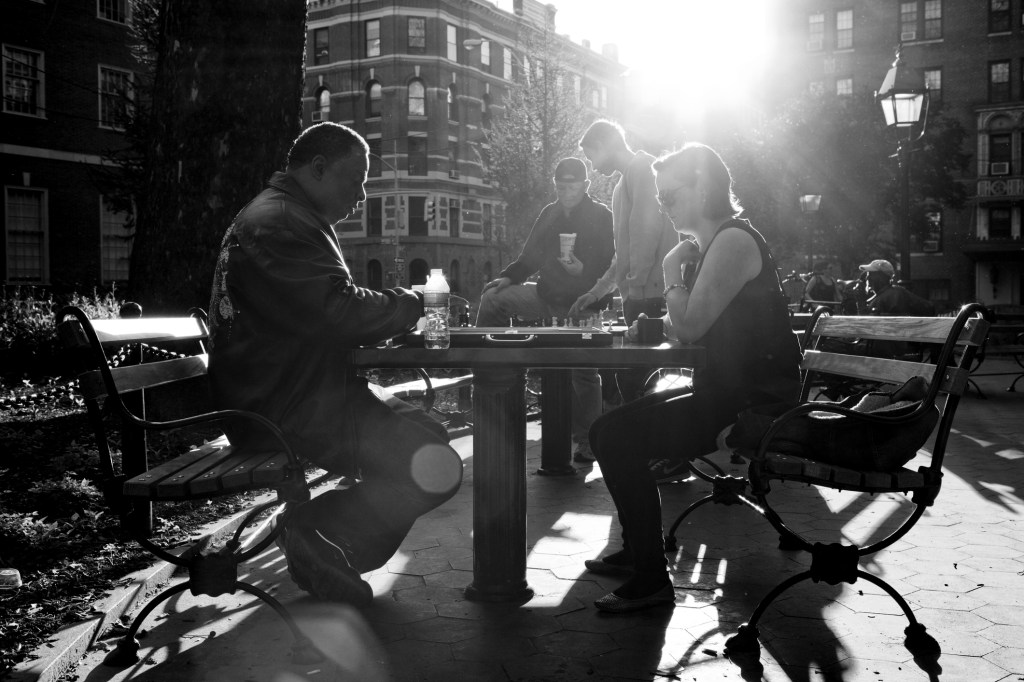 Although the romanticism surrounding the shop and Khachan’s disposition are invaluable assets to the city, meeting rent requires more than magic. The owner’s financial scheme involves all sorts of chess-related products that range in price “from $10 to $10,000.” These include a three-person board, chess clocks, and a slew of themed pieces. So renowned is Khachan’s expertise that celebrities have reached out to him to locate hard-to-find sets. When Hugh Grant was filming Two Weeks Notice in the city in the early 2000s, an associate of his asked the shop owner about a chess set featuring sex positions to play a prank on costar Sandra Bullock.

While clearly a fan of the arts and philosophy, Khachan is, however, familiar with and grateful for the power of the Internet—and always has been. Back in 1995, he brought a computer into the store. “It was unheard-of,” he says. “It was unbelievable, hundreds of people on line outside of the door” to play against the machine, which eventually broke and was never replaced. Calling the web a blessing for the game of chess (and his own livelihood: He also sells his products online), Khachan fondly recalls the 1997 event that pitted Deep Blue—the IBM-developed, chess-playing computer—against Garry Kasparov, the reigning world champion. Deep Blue won.

It’s evident that not only does the Chess Forum welcome a rare breed of New Yorker, but it is actually owned by one such memorable personality—a fact not lost on Khachan himself. “This is the place,” he says when discussing his hopes for the future of the store. “New York is a city of deep intellect and substance. So my biggest worry is to have a city like this without a place like this, a place where the child and the senior, with nothing in common, meet. They sit at the chessboard, and they play.”

—How new Nashville hotels are bucking the Airbnb trend

It’s that time of year again. Daylight Saving Time begins on Sunday morning and we all lose an hour of sleep in exchange for the longer daylight hours of spring. While not every state in...
Fortune
03.09.19

Grammy-nominated rapper, entrepreneur, community rejuvenator, father, partner, and neighbor Nipsey Hussle was shot and killed yesterday in front of his Marathon Clothing store in the Crenshaw neighborhood of South L.A. He was 33. Two other...
Fortune
04.01.19

After their first meeting a year ago, President Donald Trump and North Korean leader Kim Jong Un issued a 400-word statement long on goodwill and short on detail. Trump will need more than that this...
Fortune
02.27.19

Verizon’s decision to remove all adult content from Tumblr doomed the platform that used to be a haven for people who wanted to explore niche areas of sex and kink, but didn’t want their browser...
Fortune
05.03.19

WASHINGTON (AP) — For the first time, U.S. health regulators have endorsed a brand of tobacco pouches as less harmful than cigarettes, a decision that could open the door to other less risky options for...
High Times
10.22.19