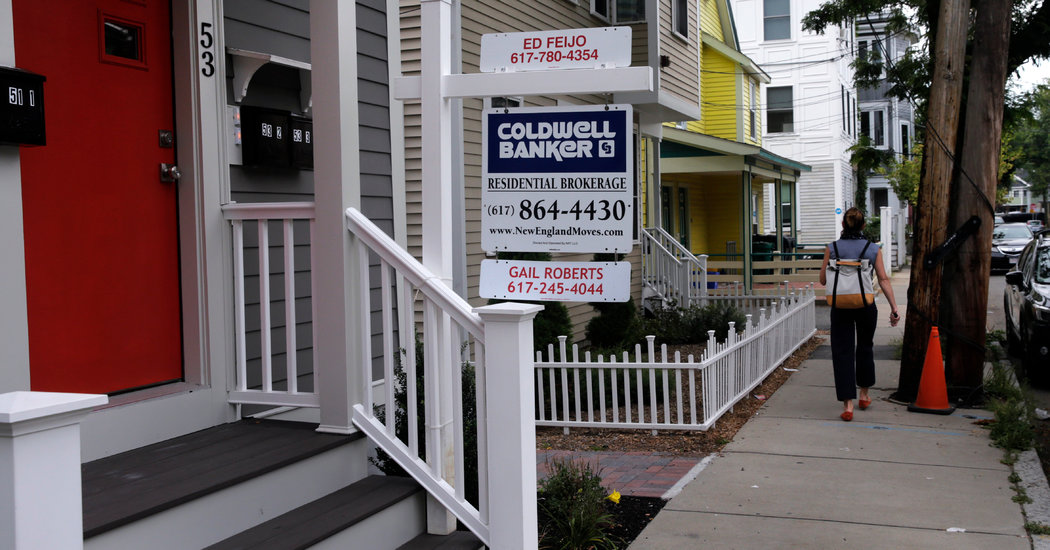 The Federal Reserve is hoping that its latest interest-rate cut will help keep the economy safely at cruising altitude. But don’t expect it to provide much of a lift to the housing market.

Housing is one of the pathways by which Fed policy produces results. When the central bank cuts interest rates, it encourages people to buy houses (since mortgages are cheaper) and builders to ramp up construction (since demand is strong and borrowing is easier). Those decisions then ripple through the economy, as people buy furniture, builders hire workers and brokers cash their commission checks.

But housing isn’t the engine it once was. The sector is a smaller part of the economy than before the financial crisis, and a smaller share of Americans are homeowners. And with rates already low, it isn’t clear that a further cut by the Fed will do much for housing — if it lowers mortgage rates at all. (More about that in a minute.)

Interest rates still matter for housing. The Fed’s first two rate cuts this year helped stabilize the housing market, which had been heading for a major slump. On Wednesday, the Commerce Department said that construction added to gross domestic product in the third quarter after six quarters of contraction. And lower rates could give another jolt to a refinancing boom that has injected billions of dollars into the economy in recent months.

But few economists expect the housing market to take off in response to this week’s rate cut, because rates aren’t what was holding back housing in the first place. Instead, they point to other factors.

It’s hard to get a mortgage.

Interest rates don’t matter if no one will give you a loan in the first place. And a lot of would-be buyers are in that situation.

After the housing bubble burst over a decade ago, banks and other financial institutions became far more cautious in their lending, partly because of new federal rules meant to discourage risky loans. No one wants a return of the bubble-era “liar loans,” for which borrowers were allowed to state their income without verification. But some argue that the pendulum has swung too far the other way.

The typical home buyer today has a FICO credit score of 741, compared with 700 before the housing crisis, according to data from the Urban Institute. Hardly any buyers have a score below 650. Other measures of affordability likewise show that lending standards have loosened a bit in recent years but remain tighter than in the early 2000s, before the subprime lending boom.

“There are a lot of people that have the income to afford their payments, they could be responsible homeowners, but they may have a lower FICO score, they may have a smaller down payment, and that really holds them back,” said Melissa Stegman, a lawyer at the Center for Responsible Lending, an advocacy group.

Jewell Handy has a steady income as a teacher, money for a down payment and even a history of successful homeownership. But when she decided to buy a house for herself and her mother in Houston this summer, she discovered that she couldn’t get a conventional mortgage. The reason: a credit score in the mid-600s because of an old issue with a student loan.

Ms. Handy eventually got approval for a more expensive loan through the Federal Housing Administration. But with a week left before the sale is scheduled to close, she is still fielding paperwork requests from her lender, and she isn’t sure the loan will go through.

“They’re somehow not confident in my finances, but I don’t really understand why,” she said.

Tight lending standards disproportionately affect African-Americans like Ms. Handy. Black workers earn less on average than white workers, and they are less likely to have well-to-do family members who can help with a down payment. The homeownership rate among black Americans tumbled during the housing market’s collapse and has barely recovered, even as whites and other racial groups have made progress.

“Right now, money’s really cheap, but you have to have a good credit score to be able to access it,” he said. “It’s been a bonanza for one group of people, the people who have always been able to get credit.”

It’s hard to find a house to buy (at least one you can afford).

Housing prices have risen faster than wages in much of the country in recent years. And many cities, particularly on the coasts, are in the midst of a full-blown affordability crisis. In cities like San Francisco, Seattle and Boston, the median price of a home listed for sale is well over half a million dollars, according to the real estate site Zillow, and even starter homes can top $300,000 — if there are any available.

At those prices, a modest dip in interest rates will hardly make a difference, said Susan M. Wachter, a professor of real estate at the University of Pennsylvania.

“This interest-rate decline will not do it — it will not turn these potential owners into buyers,” she said. “Lower interest-rate costs are not effectively overcoming these affordability barriers.”

The escalation in prices is a particular challenge for first-time home buyers, who must struggle to come up with an ever-larger down payment. And while price appreciation has slowed somewhat over the past year in many markets, that isn’t true for entry-level homes, which are still seeing low inventories and rapid price growth.

“The few entry-level homes that are on the market are getting snapped up so quickly that it perpetuates the increasing home values in some of these markets,” said Matt Speakman, an economist at Zillow.

Rates are already low (and may not get much lower).

Interest rates on conventional mortgages have fallen sharply since late last year, in part because of the Fed’s rate cuts. That has encouraged borrowing: Lenders extended $700 billion in mortgage loans in the third quarter, the most since the financial crisis. Most of that surge came in refinancing, but there has been an increase in home buying as well.

But with rates near record lows, it’s unlikely that many would-be buyers are on the sidelines awaiting a further cut. And if they are waiting, they might be disappointed — many economists say financial markets have already “priced in” Wednesday’s rate cut.

“I’m skeptical that rate cuts are going to have any noticeable impact on housing in the short-run,” said Ralph McLaughlin, deputy chief economist for CoreLogic, a real estate data provider.

That has already begun to happen. Mortgage rates have edged upward since September as fears about an imminent recession eased. Michael Fratantoni, chief economist of the Mortgage Bankers’ Association, said he expected rates to continue to rise gradually.

Former Vice President Joe Biden is decrying reports that President Donald Trump urged the president of Ukraine to look into his son's business dealings there. Biden says in a statement that if the reports are...
Fortune
09.20.19

The Grinch, an animated remake featuring Benedict Cumberbatch as the green grouch, stole the weekend at the North American box office. The film, the latest take on the 1957 Dr. Seuss children’s book How the...
Fortune
11.11.18

Verizon says that 10,000 of its employees have accepted its buyout offer, representing roughly 7% of the company’s workforce. The carrier initially announced the buyout program in September as part of its effort to trim...
Fortune
12.10.18

After a slow start, influenza is beginning to take hold across the U.S. The good news is that it’s unlikely to be as bad as last season, when almost 80,000 Americans died. The bad news...
Fortune
01.05.19

A hard-won, bipartisan budget and debt compromise between President Donald Trump and Speaker Nancy Pelosi has easily passed the Democratic-controlled House. The bill would head off another government shutdown, permit the Treasury to borrow freely...
Fortune
07.25.19

Donald Trump’s drive to reshape global trade won’t spare one of his country’s closest allies and its oldest free-trade partner — Israel. U.S. trade negotiators are traveling to Israel next week for advanced talks to...
Fortune
03.09.19

Mark Sanford, the former South Carolina governor and congressman, has decided to launch a longshot Republican challenge to President Donald Trump, saying Sunday that he aims to put his Appalachian trail travails behind him for...
Fortune
09.08.19