What It’s Really Like to Be a Hallmark Holiday Writer 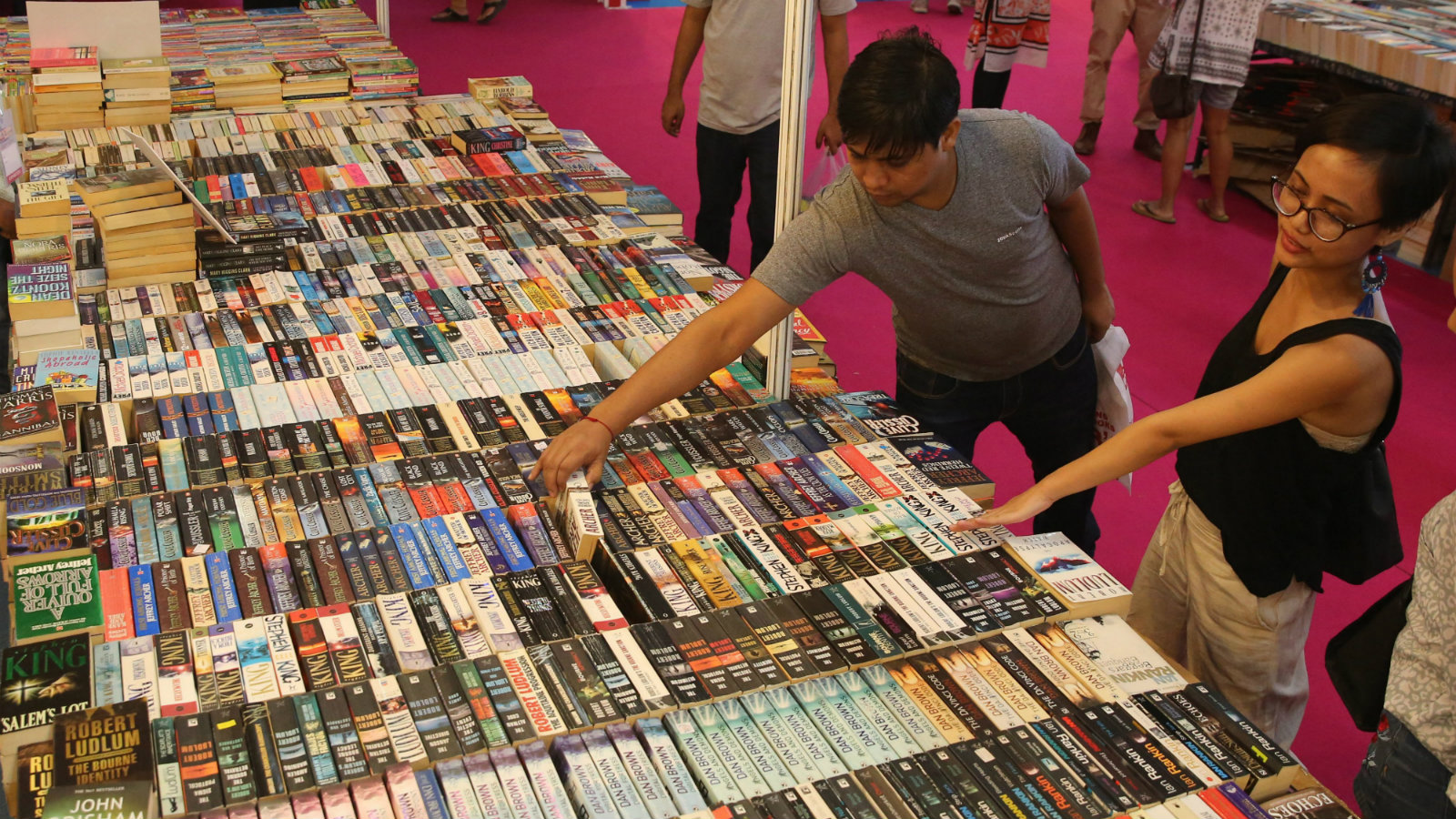 This year, Quartz India wrote about a lot of books, including a biography of a forgotten Mughal empress, a history of Indian street magic, and a riveting account of antiquities theft. But the editors and reporters read just as many books, too.

From a delightful anthology of writings on Goa to chess master Gary Kasparov’s personal reflection of losing a game to a supercomputer, here are our picks for the best books read in 2018:

Reflected in Water: Writings on Goa, edited by Jerry Pinto

For most visitors, both Indian and foreign, Goa is about beaches and beer. But as this anthology of essays and extracts reveals, there’s a whole world of history and culture that non-Goans often completely miss. From the very unique “tiatr” performances that draw crowds dressed in their best to the golden era of Goan bread, each story taught me something new about life in a region that was influenced by over 400 years of Portuguese colonial rule. The Goan’s Goa celebrated in the pages of this book will make you want to immediately plan a trip to discover (or rather, rediscover) one of the most unique and fascinating regions of India, one that deserves to be known for much more than just its sandy beaches and sunsets. —Maria Thomas, lifestyle and culture writer

The Secret Life by Andrew O’Hagan

This book consists of three long non-fiction essays by Scottish author Andrew O’Hagan, all of which expertly explore the strangeness of our digital world. The first essay catalogues O’Hagan’s experiences working with Julian Assange, sketching a vivid and disturbing portrait of one of today’s most divisive figures. The second essay shows the author forge an identity through common tricks of digital subterfuge, leading towards fundamental questions without jackhammering the point home. And the third, perhaps the most surprising essay in the collection, covers an incident in which O’Hagan was promised the chance to write the story of Satoshi Nakamoto, the creator of bitcoin. Today, as moral questions about technology continue to challenge society, writing like O’Hagan’s—detailed, literary, and rich in moral complexity—is all the more important. —Aria Thaker, reporter

This 2017 book is grandmaster Gary Kasparov’s personal reflection on his defeat to Deep Blue, twenty years after the monumental chess game. The victory of the $10 million supercomputer, built by IBM, was heralded as an important milestone in the advance of machines. As far as chess is a proper proxy for human intelligence and creativity, with Deep Blue’s victory over Kasparov, artificial intelligence reached a stage where it could outsmart humanity. After the “unbearable tension of the match” the reigning world chess champion had refused to be a gracious loser and accused IBM of cheating. Two decades on, with the wisdom of hindsight, Kasparov is a vocal proponent of Artificial Intelligence—the technology that was once his nemesis.

In that sense, Deep Thinking appeals to an audience far wider than chess aficionados. It seeks to address one of the most important questions of our age: our place as humans in a world of thinking machines. This deeply optimistic book is dismissive of all the clamorous hyperbole and looks forward to a world where silicon intellect will aid and abet human endeavours. “Machines that replace (menial) physical labour have allowed us to focus more on what makes us human: our minds,” Kasparov writes. —Pramod Mathew, desk editor

Ove walks around manually checking his neighbourhood for wrongly parked cars, he judges people by the car they drive, and he refuses to use computers. He’s politically incorrect and lacks all social etiquette. On the surface, he’s a cantankerous, grouchy old man tirelessly rebelling against changing times, isolating himself from society. He’s the kind of person you’d probably dislike within seconds. All of us probably have fathers and grandfathers like Ove in our lives, and all of us probably get annoyed with them. But spending a whole book reading his story of love, loss, and longing stirs an inexplicable empathy within. It makes you think hard about how one’s hard exterior says so little about how they are on the inside, and how there’s always a reason for the way people are. The best part is that Backman neither uses flashy language nor litters the book with elaborate plot twists and character arcs. He just gently nudges you to learn to like—even love—Ove by taking the reader into his home and heart with wonderfully etched ancillary characters and subtle humour. As Backman peels back the layers, you can’t help but alter your perception of Ove. And now that I’m done reading, I can safely say I have never been happier to meet or sadder to part with a book’s protagonist as I have with Ove. —

Seldom is southern India, particularly what is called the Deccan plateau—Deccan is a corruption of the Sanskrit dakshin, or south—considered in popular historical narratives at the national level. Least of all when it comes to the subcontinent’s medieval period. The epochs are mostly divided between the usual suspects: the Delhi sultans and the Mughals before the British take over. But one man, Shivaji (1630-1680), breaks through this bias to leave his imprint on India’s history of that age. However, anything beyond this Maratha chieftain is rarely explored in detail. That’s where Pillai steps in with his scintillating book. He explores some of the best known dynasties and kingdoms of the region with all their glorious quirks, violent excesses, and vanities. Be it Vijayanagara, the Bahmanis, or the Adil Shahs, they all typically spent time and resources fighting each other to the finish. But they also sought to fend off greater powers like the Mughals of the north. Pillai’s book looks at some of the legendary historical characters like Chand Bibi and Krishnadevaraya, pulling them out of children’s books and placing them in the real, adult world. Like most other parts of India, the great plateau was also a place where global cultural, linguistic, military, and religious influences found home. Just that not many beyond the academic circles really cared to delve into it. Rebel Sultans was just waiting to be written. —Harish C Menon, senior editor

We welcome your ideas and book recommendations for 2019 at ideas.india@qz.com.

Billionaire investor Robert F. Smith announced in a commencement address at Morehouse College on Sunday that he would pay off the student loans of every member of the class of 2019, according to multiple reports....
Fortune
05.20.19

How low can the Fed go? In a global game of interest rates that have dipped below zero for the European Central Bank (ECB), France, Germany, and Japan, there's always more room to fall. Negative...
Fortune
08.14.19

The State Medical Board of Ohio rejected petitions on Wednesday to add autism spectrum disorders and anxiety to the list of conditions qualifying a patient to use medical marijuana. The board’s vote follows a recommendation...
High Times
09.12.19

Job growth in the Lone Star State will likely weaken in the first half of 2019 if oil prices remain at current levels, according to the Federal Reserve Bank of Dallas. Changes in Texas job...
Fortune
12.28.18

The Trump administration designated an elite wing of Iran’s military as a foreign terrorist organization, the first time the U.S. has slapped that label on a government entity and the latest step in the president’s...
Fortune
04.09.19

It took nearly two years, but Donald Trump finally got his big military show. The president has wanted to bring tanks to the streets and jets to the skies of the nation’s capital since witnessing...
TIME
07.05.19

A local television news station in Utah reported on Tuesday that a bulletin has been issued to law enforcement agencies warning officers of the dangers of fentanyl “disguised to look like marijuana.” Citing an “internal...
High Times
10.22.19

A question asking Americans whether they’re citizens won’t go on the 2020 census form — for now. Opponents of the citizenship question had argued that the Trump administration violated the law by adding it over...
FiveThirtyEight
06.27.19