Stephen Hahn, a Noted Cancer Researcher, to Be Nominated to Head the F.D.A.

President Trump was expected on Friday to nominate Dr. Stephen M. Hahn, a top executive at The University of Texas M.D. Anderson Cancer Center, to be the next commissioner of the Food and Drug Administration, according to a source familiar with the president’s decision.

Mr. Trump’s selection of Dr. Hahn will fill the vacancy left by Dr. Scott Gottlieb, who stepped down as commissioner in April. In doing so, he passed over the acting commissioner, Dr. Norman E. Sharpless, who had the support of previous commissioners and an array of patient groups.

Dr. Hahn, 59, is credited with returning the cancer center — considered by many to be one of the nation’s best — to stable footing after a series of financial and ethical controversies involving its previous president, Dr. Ronald DePinho, who resigned in 2017. Dr. Hahn is also a noted radiation oncologist and cancer researcher.

If he is confirmed by the Senate, Dr. Hahn, a Washington outsider without significant policy experience, — will step into a high-intensity job that requires deft political skills and oversight of a sprawling federal agency that regulates everything from lifesaving cancer therapies to dog food.

He would take over as the agency is grappling with a number of urgent issues, including the opioid epidemic, contaminants in common drugs and an outbreak of mysterious lung illnesses caused by vaping. 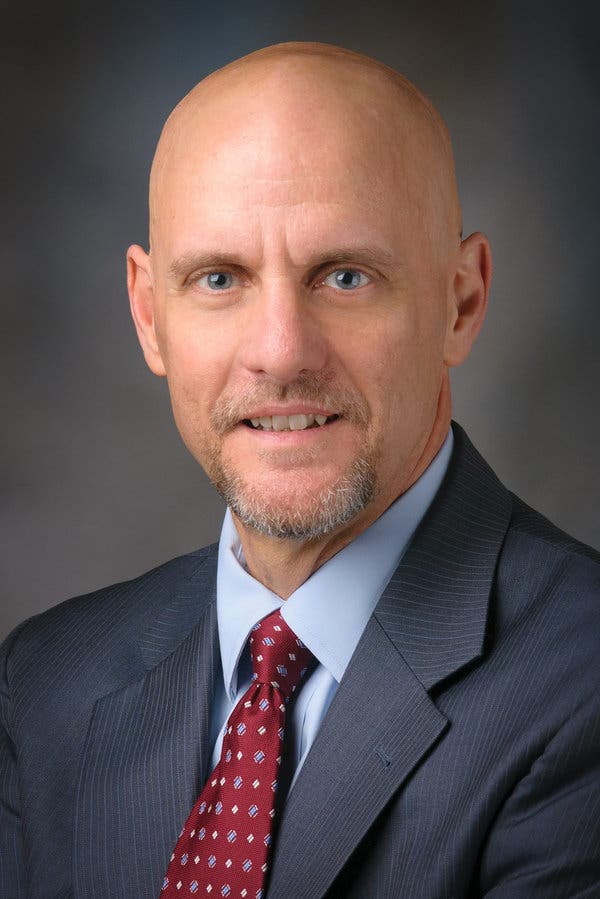 “The F.D.A. is, as always, at front and center,” said Dr. David A. Kessler, who served as the agency’s commissioner during the administrations of George H.W. Bush and Bill Clinton. He described the challenge of navigating competing interests as “white heat.”

Dr. Hahn would have time working against him, Dr. Kessler and others said, taking over just as Mr. Trump’s re-election campaign gets underway, with the possibility he would only have about a year to stay in the job. “It’s somewhat of a gamble,” Dr. Kessler said.

Dr. Robert Califf, who was F.D.A. commissioner during the Obama administration and has supported Dr. Sharpless, said the learning curve at the agency is steep. “It takes six months to figure out where the bathrooms are,” he said. “The loss of continuity seems like a big negative.”

Dr. Hahn specializes in lung cancer and sarcoma. He has moved up the ranks at M.D. Anderson since arriving in 2015, when he served as chairman of the radiation oncology department. In 2017, he was named the hospital’s chief operating officer and in 2018, the chief medical executive. Before coming to M.D. Anderson, he was chairman of the radiation oncology department at the University of Pennsylvania’s Perelman School of Medicine from 2005 to 2014.

Dr. Hahn has donated to Republicans in the past, though not to the Trump campaign. In 2017, he gave $1,000 to the New Pioneers PAC, a group affiliated with Representative Greg Walden, Republican of Oregon, who was then chairman of the House Energy and Commerce Committee, which oversees the F.D.A. In earlier election cycles, he donated to candidates from both parties, including $706 to Mitt Romney, the Republican presidential nominee, in 2012 and $250 to the congressional campaign of Rep. John Murtha, a Democrat, in 2008.

Dr. Hahn is seen as a skilled leader, with a laid-back, friendly approach that has helped to speed his ascendancy at the institutions where he has worked. More recently, he was a finalist for chief medical officer at the Memorial Sloan Kettering Cancer Center, but the job was ultimately given to the person who had been serving in the acting role.

In 2017, Dr. Hahn stepped in to run M.D. Anderson after Dr. DePinho announced his resignation. At the time, the cancer center was operating at a financial loss, and a series of scandals involving Dr. DePinho — including his ties to for-profit companies — had taken a toll on morale, as did the layoffs of about 800 people.

“Steve was asked to right the ship, and he did,” said Dr. Otis Brawley, the former chief medical and scientific officer at the American Cancer Society, who is now a professor of oncology and epidemiology at Johns Hopkins University.

By the end of the year, M.D. Anderson had returned to financial stability.

“He has the ability to stand up, take responsibility, understand the problem and fix the problem so it won’t happen again, and help everybody through that,” said Dr. Theodore DeWeese, the vice dean for clinical affairs at Johns Hopkins University School of Medicine.

Nevertheless, Dr. Hahn has weathered his own set of controversies. In 2009, he testified before a Congressional panel to explain why a doctor under his supervision had improperly implanted dozens of radiation seeds into patients at a veteran’s hospital in Philadelphia, sometimes into the wrong organs.

“In the radiation oncology world, it was a huge, huge deal and a real tragic thing for the patients,” said Dr. Eric Horwitz, the chair of radiation oncology at Fox Chase Cancer Center in Philadelphia, who knew Dr. Hahn when he worked at the University of Pennsylvania. Although Dr. Hahn had assumed his role after the harmful treatments had begun, they continued under his watch. “Mistakes were made, he acknowledged them, and he didn’t blame other people,” Dr. Horwitz said.

This spring, several of his employees expressed anger over what they described as racially motivated dismissals of Chinese researchers as part of a federal investigation into whether foreign nationals were sharing research with their governments. Dr. Hahn defended the move to staff at a town hall in April, according to Science Magazine, and said the dismissals were not racially motivated.

And in June, the federal government cited M.D. Anderson for serious safety violations after a 23-year-old patient with leukemia died after receiving a contaminated blood transfusion. The federal Centers for Medicare and Medicaid Services placed the hospital under heightened monitoring — a remarkable development given M.D. Anderson’s reputation. The cancer center is working with the agency to correct the issues that were identified, and Dr. Hahn had been overseeing the process.

Walmart, already facing pressure for being a major vendor of guns and ammunition in the U.S. after a pair of shootings inside its stores, is feeling renewed heat on social media over a selection of...
Fortune
08.12.19

When Judy (opening Friday) premiered at the Toronto International Film Festival earlier this month, Renée Zellweger received a three-minute standing ovation for her pitch-perfect portrayal of Judy Garland. The Academy Award-winning actress's performance had her...
Fortune
09.26.19

A Christmas ad from Air New Zealand has gone viral for its gentle mocking of U.S. President Donald Trump. In the video, Santa Claus accidentally sends his “naughty list” to a New Zealand boy, who...
Fortune
11.30.18

Another tough week for Huawei. After the tech company was added to the Commerce Department’s prohibitive “entity list,” Google announced it was stripping Huawei’s access to Android. Various U.S. chipmaker’s followed suit, cutting ties with...
Fortune
05.25.19

This is a rush transcript. Copy may not be in its final form. AMY GOODMAN: I want to turn to Mattias Lehman and ask you about Senator Kamala Harris, who said she’d do away with...
Democracy Now!
09.05.19

This is a rush transcript. Copy may not be in its final form. JUAN GONZÁLEZ: In California, at least 44 people are dead and more than 200 remain missing as two massive wildfires, fueled by...
Democracy Now!
11.13.18

This is a rush transcript. Copy may not be in its final form. AMY GOODMAN: Well, Juan, before we move on to the climate crisis that is enveloping the globe today, we are watching events...
Democracy Now!
07.24.19

Partisan lines have hardened in the 21 years since the last...

Billionaire’s Letter to Elizabeth Warren Accuses Her of ‘Warping the Facts’...

Here Is the Challenge for Democrats

E.P.A. to Roll Back Rules to Control Toxic Ash from Coal...