Skechers is mocking Nike’s sneaker mishap in a new ad 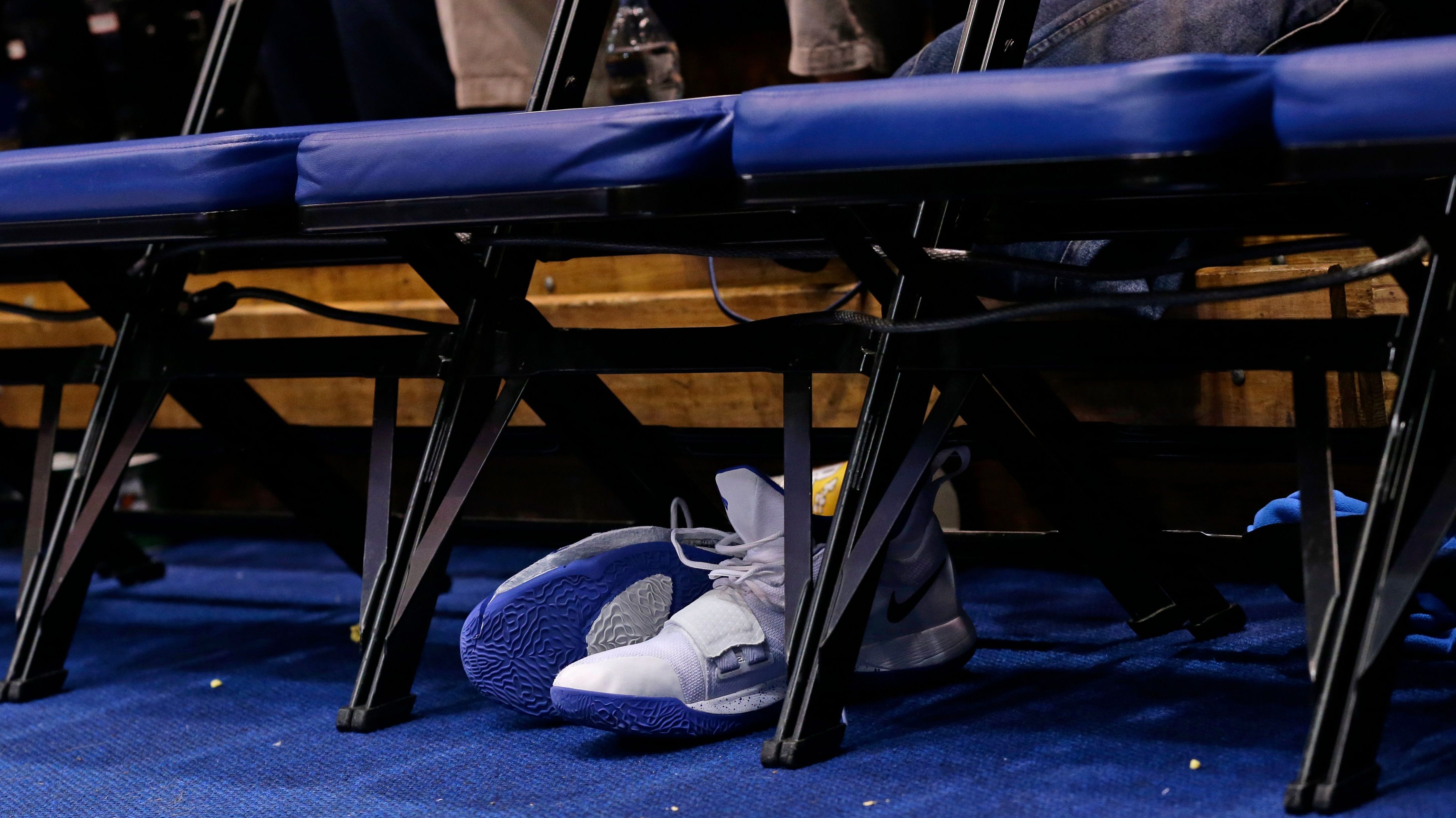 Zion Williamson, a Duke University basketball star, suffered a knee sprain last month when his Nike PG 2.5 sneaker blew out in the middle of the game. Nike’s stock fell, and sneakerheads freaked out.

Puma deleted a tweet gloating that the blowout would not have have occurred had Williamson been wearing its shoes, but the sneaker company Skechers took it several steps further this weekend, running an ad in the New York Times and elsewhere. In the ad, the phrase “Just blew it” appears in large type above a photo of shoes resembling Williamson’s damaged pair. Beneath them is the Skechers logo with the promise, “We won’t split on you.”

According to Esquire, the average lifespan of an athletic shoe ranges from about six months for running and other high-impact activities to a year or so for, say, weightlifting.

Skechers doesn’t have a strong presence on college or professional basketball courts, but that doesn’t mean it doesn’t want to. Last year the company sued Adidas for denying competitors a fair chance to sign promotional contracts with high school and college basketball programs.

It is also no stranger to controversy. In 2013 the Federal Trade Commission ordered Skechers to pay a $40 million settlement for having “deceptively advertised its toning shoes, including making unfounded claims that its Shape-up shoes would help people lose weight, and strengthen and tone their buttocks, legs and abdominal muscles,” according to CNN. Skechers sent over 500,000 refund checks to customers who had purchased Shape-ups after celebrity-studded ads—including a 2011 Super Bowl ad starring Kim Kardashian—touted the sneakers’ toning and calorie burning qualities.

Three weeks after his arrest, Carlos Ghosn has been indicted by Japanese authorities for underreporting his pay at Nissan Motor Co. (nsany) and faces further allegations of financial misconduct. Ghosn and former Nissan director Greg...
Fortune
12.10.18

President Trump, activist investor Bill Ackman, and antitrust experts are just a few of the parties that have expressed concern about the proposed all-stock merger-of-equals between United Technologies and Raytheon. It would create an aerospace-and-defense...
Fortune
06.14.19

Cash back reward benefits are big draws for credit card users, and the Apple Card is using the perk to become more competitive in consumers' wallets. When Apple announced the Apple Card in March, the...
Fortune
09.23.19

In the heart of Singapore, one of the most expensive cities in the world, there’s a sprawling, vacant plot of private land 30 times the size of The White House. Just down the road from...
Fortune
02.23.19

President Donald Trump has publicly attacked Federal Reserve Chairman Jerome Powell for months as the central bank continues to increase interest rates and pull back from pouring money into the economy by reducing its balance...
Fortune
06.19.19

As International Women’s Day on Friday, March 8 is celebrated around the world, Berlin is taking a new approach. The German capital has declared the day—known as Frauentag locally—an official holiday for the first time...
Fortune
03.08.19

Medical marijuana patients in Ohio say that a lack of access to legal cannabis is leading them to seek legal cannabis from other states, and some are being arrested for their trouble. With Ohio’s medical...
High Times
03.05.19

HIV prevention efforts take a hit. Don’t take it from me – the Centers for Disease Control (CDC) are saying that efforts to halt the spread of HIV have hit a road bump. “Data indicate...
Fortune
02.28.19

Chicago Teachers Add A Little Thriller To Their Strike