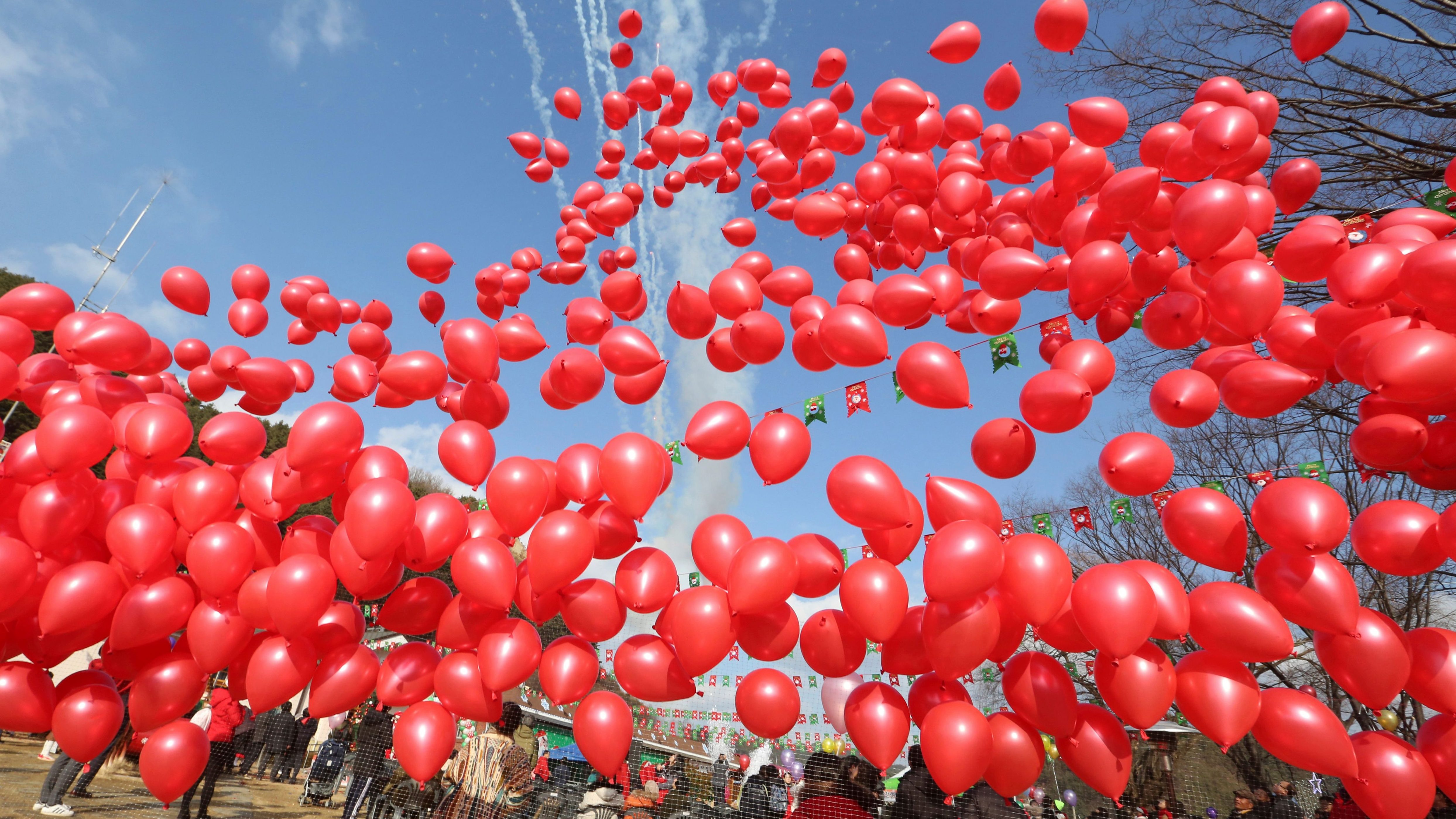 Environmentalists in the Philippines have deflated plans for what was to be the largest balloon drop in an indoor dome.

Cove Manila, a beach-themed nightclub in the country’s capital region, canceled its plans to release 130,000 latex balloons to mark the New Year, a stunt to make it into the Guinness Book of World Records.

“The event for sure will be record-breaking for its wastefulness,” Aileen Lucero, national coordinator of EcoWaste Coalition, told Rappler. “[Consider] the resources required to make the balloons and to organize the balloon drop for a few minutes of hollow entertainment for those who can afford it.”

Lucero wrote an open letter to the club’s management company urging it to reconsider its plans. Greenpeace Philippines also chimed in.

The Philippine Department of Environment and Natural Resources appealed for sobriety. In a Dec. 30 statement, a spokesperson for its biodiversity management bureau urged the Cove to “redirect their efforts towards more sustainable, environmentally-friendly activities that the majority of Filipinos will enjoy and be proud of.”

In a Facebook post, Cove Manila defended its grandiose stunt, claiming that it wasn’t going to harm the environment because it involved biodegradable latex balloons. Compared to balloons made of mylar plastic film, latex decomposes naturally after a few months.

But there are several holes in Cove Manila’s logic. First, not all balloons marked “biodegradable” are harmless.

“This is just a marketing gimmick,” Balloons Blow, an environmental nonprofit group, points out. “Natural latex may be biodegradable, but after adding chemicals, plasticizers and artificial dyes, how natural could it be?… The fact is, every released balloon behaves differently. All latex balloons fall to earth as ugly litter.”

The defense also reeks of recycling clichés. Like the time US retailer Target wasted 16,000 chicken eggs to decorate a fancy dinner party, it purports the myth of conscious consumerism. Purchasing, transporting, inflating, and discarding 130,000 rubber orbs, even if they are made from earth-friendly latex, results in significant waste.

Add to that, Cove’s party planners also neglected to note a 2015 update to the Guinness Book of Records policy against recognizing events that pose a threat to the environment. The example they cite was even held in the Philippines: “The record for the most kongming lanterns [Chinese sky lanterns] flown simultaneously, for example, was rested due to environmental concerns. The record was 15,185 and was achieved by the Middle Way Meditation Institute (Philippines) in Miago, Iloilo, Philippines on 24th May 2013.”

A staple of public spectacles, from sports tournaments to political conventions, raining balloons evoke euphoria, victory, and freedom in the popular imagination. But balloon drops are increasingly under scrutiny.

Like plastic bags and disposable straws, party balloons may be the next pollutant to rile environmentalists. Several reports demonstrate how animals can mistake pieces of colorful latex in the environment for food. “The issue of straws has really broadened the marine debris issue,” Emma Tonge of the National Oceanic and Atmospheric Administration told AP. Despite their “life and whimsical” nature, balloons can pose a great danger to marine life, she explained.

Balloons Blow has a running list of organizations rethinking balloon releases. Clemson University, for instance, ended a 35-year tradition of releasing 10,000 balloons at football games earlier this year. Balloons are also unwelcome in the town of New Shoreham, Rhode Island. In an effort to protect wildlife and coastal ecosystems of Block Island, the town council passed a new law (pdf) this April that prohibits any person from selling, using, distributing, or discarding any type of balloon.

On both sides of the Atlantic, authorities are grappling with what to do with people linked to Islamic State (ISIS) returning home from the war in Syria. President Donald Trump has said Hoda Muthana, who...
TIME
02.22.19

Warren Buffett was supposed to sit down at a steakhouse this month and hear about cryptocurrency from a Chinese entrepreneur and seven of his friends. But now the lunch—which is the prize in an annual...
Fortune
07.23.19

Apple has been the top seller of wearable computing devices for the past few years, thanks to the popularity of its smartwatches and AirPod wireless earbuds. But with competitors like Fitbit, Samsung, and Garmin adding...
Fortune
06.02.19

Whether it’s hours spent waiting in an airport terminal due to an unexpected (but really, expected) delay or hours under the sun (with sunscreen) on the beach, a good book is a welcome companion. And...
Fortune
05.26.19

This is a rush transcript. Copy may not be in its final form. AMY GOODMAN: In Georgia, a federal grand jury Thursday found seven Catholic peace activists guilty on three felony counts and a misdemeanor...
Democracy Now!
10.25.19

Bob Dylan wrote his indelible classic “The Times They Are a-Changin’” at a moment of enormous political and cultural upheaval in the country. Nearly 60 years later, the lyrics have been invoked—in a court of...
High Times
08.16.19

This is a rush transcript. Copy may not be in its final form. AMY GOODMAN: This is Democracy Now! I’m Amy Goodman, as we turn to Gambia, where a Gambian beauty queen, who says the...
Democracy Now!
11.01.19

In November, Massachusetts became the first state on the eastern half of the United States to open adult-use dispensaries. Cultivate Holdings in Leicester and New England Treatment Access (NETA) in Northampton opened their doors on...
High Times
12.04.18