The Atlantic
Three days in the life of Earth as seen by GOES-17, soon slated to be our latest operational weather satellite Split-Ticket Voting Hit A New Low In 2018 Senate And Governor Races 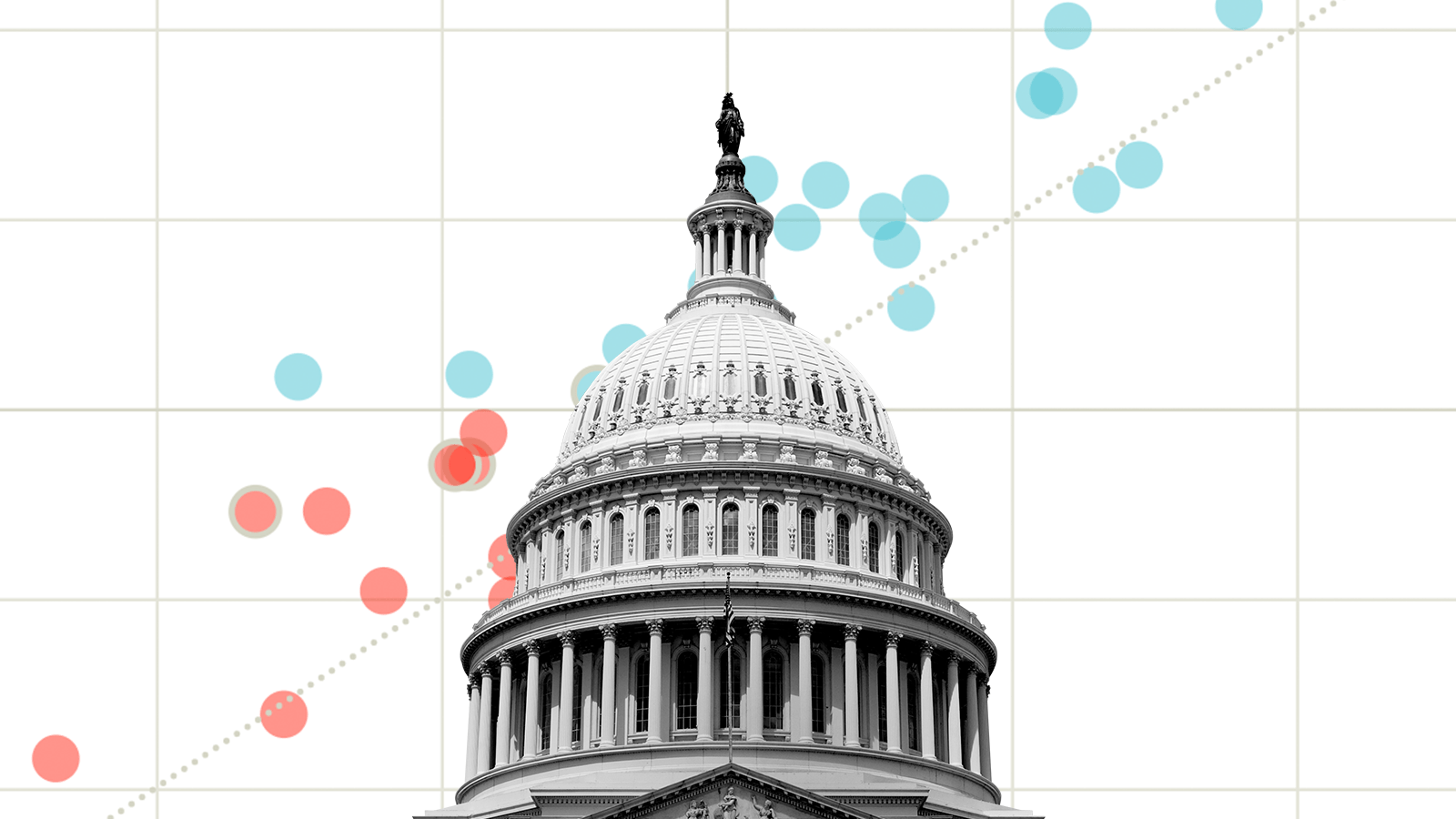 The 2018 election has become a tale of divided government: the House broke for Democrats, but the Senate held for Republicans — and what’s more, Republicans were even able to expand their majority in the Senate. The election has also become a tale of blue waves. But don’t those tales contradict one another? Not really. What the “split decision” narrative sometimes misses is just how well Democrats performed in the Senate despite having to defend more seats than Republicans1 — and in territory that was largely more favorable to the GOP.

Much of this is overshadowed because Democrats did lose Senate seats. But if we look at a state’s partisan lean2 and the vote share margin in each Senate race, we see Democrats managed to outperform how their states leaned politically in almost every single race — including in the 10 states with a Democratic incumbent that President Trump won in 2016.

Some of what we’re seeing here is probably related to the overall Democratic-leaning national environment — the popular House vote margin currently sits at D+7. But in 27 of the 33 Senate races included in the chart,3 Democratic candidates outperformed the partisan leans of their states. And there were four contests where Democratic incumbents fared 20 points or better than their state’s political baseline — and three of them won. This helped Democrats hold onto seats in two heavily Republican states — West Virginia and Montana — and easily win one seat in a likely 2020 battleground — Minnesota. As for North Dakota, the GOP picked up the seat despite a strong Democratic overperformance.

At the top of the list was Sen. Joe Manchin, who overperformed the deep, red hue of West Virginia by 33 points. He defeated Republican challenger Patrick Morrisey by a 3-point margin. Granted, this race was much closer for Manchin than his previous Senate victories in 2010 and 2012, but it’s still impressive in a state that leans 30 points more Republican than the country as a whole. In Minnesota, Democrats found more solid footing as Sen. Amy Klobuchar outperformed her state’s baseline by 22 points and won reelection by a whopping 24 points. Minnesota is only 2 points more Democratic than the rest of the country, so this has some people wondering if she could leverage her landslide victory into a case for her party’s 2020 presidential nomination. Sen. Jon Tester of Montana also outperformed his state’s partisan baseline by 22 points, but unlike Klobuchar, his contest was in a much redder state, and as a result, he won with a 4-point margin. While this is a slim margin of victory, it was the first time that Tester won an outright majority of the vote, having failed to do so in his 2006 or 2012 Senate wins. Although Sen. Heidi Heitkamp ran 22 points ahead of North Dakota’s partisan lean of R+33, it wasn’t enough to squeak out a second victory.4 She lost to Republican Rep. Kevin Cramer by 11 points.

Indiana and Missouri also had Democratic incumbents who outperformed their state’s partisan lean by double digits, but it wasn’t enough to save either of them. In Indiana, Sen. Joe Donnelly lost reelection by 6 points while running 12 points ahead of his state’s lean, and in Missouri, Sen. Claire McCaskill also lost by 6 points while doing 13 points better than Missouri’s R+19 baseline would suggest. So while these Democrats did much better than one would expect based on how red their states are, they did not perform well enough to actually win. Certainly troubling news for Democrats running in statewide elections in other red states.

One Republican winner who narrowly outperformed his state’s partisan lean has a familiar face: Mitt Romney. He defeated Democrat Jenny Wilson by 32 points in Utah, a state that is 31 points more Republican than the rest of the country — so not only did he win handily, he also performed 1 point better than Utah’s partisan baseline. The GOP also overperformed in both Mississippi Senate races. Republican Sen. Roger Wicker won by 20 points, 5 points better than the state’s R+15 partisan lean. In the all-party special election, no single Republican candidate won outright as 50 percent of the vote was needed to clinch the seat. That said, the overall Republican vote share was about 16 points ahead of the combined Democratic vote, or put another way, 1 point better than Mississippi’s partisan baseline. This probably bodes well for Republican Sen. Cindy Hyde-Smith in the state’s Nov. 27 runoff.

Looking ahead to the 2020 Senate map, Democrats have a tough slog ahead of them in Alabama, which leans 27 points more Republican than the rest of the country.5 And if 2018 is any indication of how Senate races will go for Democrats in red states, they’ll have to hope that Sen. Doug Jones of Alabama can replicate Manchin’s level of overperformance and not, say, Heitkamp’s. That said, it might be the GOP’s turn to see if they can outperform a state’s partisan lean with Sens. Cory Gardner of Colorado and Susan Collins of Maine. Colorado leans 1.5 points more Democratic than the rest of the nation and Maine 5 points. If the GOP can hold onto both, it will make it nearly impossible for the Democrats to win a majority in 2020.

Last week, we introduced a method for evaluating Democratic presidential contenders, which focused on their ability to build a coalition among key constituencies within the party. In particular, our method claims there are five essential...
FiveThirtyEight
01.14.19

This is not a drill. After President Donald Trump tore through a "red line" on Wednesday by immediately replacing fired Attorney General Jeff Sessions with Matthew Whitaker—a fervent loyalist who has openly called for the defunding of...
Alternet
11.08.18

Republican Senate Majority Leader Mitch McConnell is up for reelection in 2020, and Democrats would love nothing more than to defeat the GOP leader. And now one major Democratic candidate has stepped up to challenge...
FiveThirtyEight
07.09.19

If you follow politics through cable news, or via Twitter, you might get the impression that the Democratic Party is dominated by voters who are almost exclusively coastal, liberal, secular, well-educated and relatively young. And...
FiveThirtyEight
02.07.19

From the election of Donald Trump to the Brexit referendum, in many cases the face of the anti-establishment, populist backlash in recent years has been male. Rabble-rousing nationalists have garnered support by tapping the resentments...
Quartz
01.20.19

Several of Joe Biden’s top rivals in the 2020 Democratic primary are presenting themselves as more liberal on policy issues than the former vice president. But if Bernie Sanders, Elizabeth Warren or Kamala Harris were...
FiveThirtyEight
10.01.19