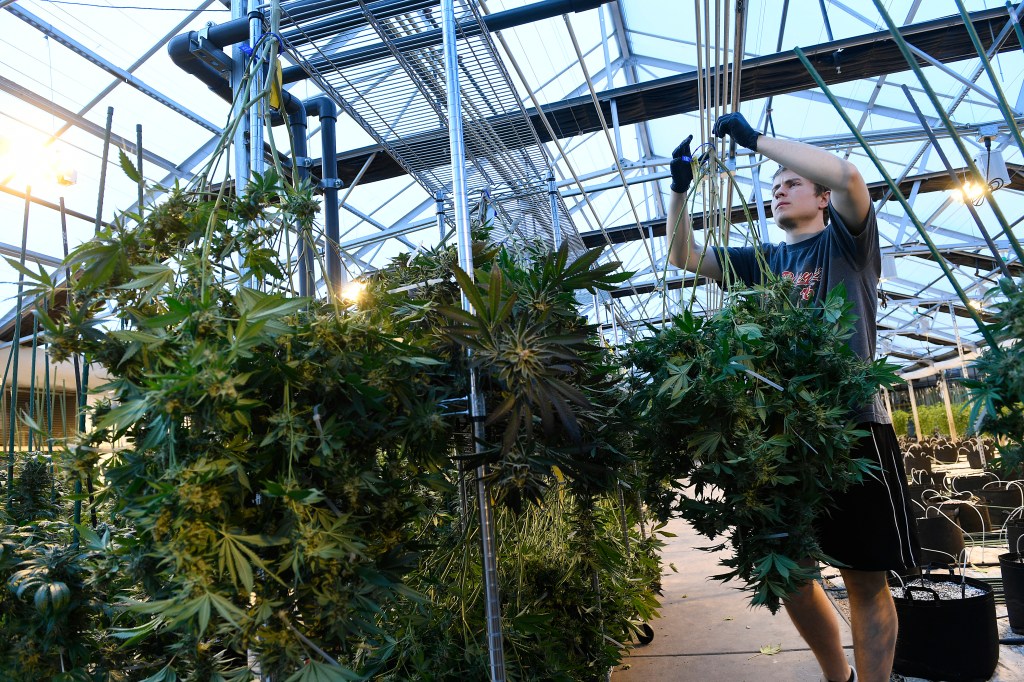 A proposal to open banking and financial services to marijuana businesses in states that have legalized marijuana got its first-ever hearing in a U.S.House committee Wednesday, making Colorado Rep. Ed Perlmutter optimistic about its chances.

“We’ve been introducing a version of this bill for almost six years, since Colorado by initiative legalized recreational marijuana,” Perlmutter, a prime sponsor of the proposal, said in a call with reporters.

But the bill failed to get a hearing when the House was controlled by the Republican Party.

Perlmutter and his fellow Democrat and co-sponsor, Rep. Denny Heck of Washington, said the measure has the support of Republican Reps. Warren Davidson and Steve Stivers, both of Ohio.

Now, because marijuana is still illegal under federal law, dispensary owners and employees are forced to conduct most of their business in cash. That has made the businesses targets of crime and violence, Perlmutter said.

“We’ve had robberies. We’ve had murders. We’ve had violence. We have to stop that,” Perlmutter said. “For Colorado and the nation as a whole, this would help resolve access to banking. It provides more certainty. It helps the employees, it helps the banks.

The congressmen said the bill would also help others, including landlords and electricians, who provide services to marijuana businesses. Such businesses have had problems, as in 2017 when companies selling products and services to marijuana-related business were purged by major payment processors, according to the draft bill.

“There’s incredible support out there for us to do this,” Heck said.

Thirty-three states have legalized marijuana, for medical or recreational use, or both.

Colorado and Washington were among the first states to legalize medical and recreational marijuana.

Perlmutter said the goal is to introduce the bill in the next two to three weeks. He and Heck hope to see a companion bill introduced in the Senate.

Republican Sen. Cory Gardner of Colorado has supported the proposal in the past.

While confident of gaining bipartisan support in the House, Heck and Perlmutter acknowledged getting pushback from some committee members Wednesday. The Associated Press reported that Republican Rep. Blaine Luetkemeyer of Missouri voiced concern the proposal would create confusion while marijuana remains illegal at the federal level.

However, marijuana has become big business in many states. State officials said Tuesday that Colorado marijuana businesses have sold more than $6 billion worth of weed and related products since a voter-approved measure legalized its recreational use in 2014 for adults over 21.

For Your Society is not affiliated with the Denver Post

James Graham Legalizing POT was supposed to reduce crime, or so advocates argued. The theory was simple: As cannabis buyers beat a path to the nearest dispensary, the black market would dry up, and with...
The Atlantic
12.07.18

Oracle said Chief Executive Officer Mark Hurd will take a leave of absence for health-related reasons. Founder Larry Ellison and Safra Catz, who shares the CEO role with Hurd, will assume Hurd’s responsibilities during his...
Fortune
09.11.19

President Trump is visiting Dayton, Ohio, and El Paso, Texas, today following the mass shootings over the weekend which killed at least 32 people, including the Dayton gunman. Resistance to Trump’s visit has been mounting...
Democracy Now!
08.07.19

Halloween is over—and now the real fright begins. The holiday shopping season is here, at least according to retailers and anyone who likes to plan their shopping early and/or likes to take to take advantage...
Fortune
11.01.18

Last August, in my first post for Adam’s Data Sheet newsletter, I warned that Chinese tech companies might be headed for a “capital winter.” Alas, that dire prediction appears to be coming true. The Economist,...
Fortune
03.16.19

Nearly everything you need to know about Hiroki, the elegant new Japanese omakase restaurant in Philadelphia’s Fishtown neighborhood, you can learn in its restroom. Behind a heavy wooden pocket door find hand-cut terra-cotta tiles in...
Fortune
09.08.19