Election integrity advocates will take Florida to court over ballot image preservation as soon as possible — the latest in a myriad of conflicts contributing to post-election chaos in the Sunshine State. A group of plaintiffs is about to sue Secretary of State Ken Detzner (R) over his office’s failure to enforce legal requirement to preserve the digital image files of ballots cast. These records are crucial with the possibility of a recount in both the US Senate and governor’s races.

Nearly two-thirds of Florida counties failed to save ballot images during this week’s midterm election, says John Brakey, founder of AUDIT-USA, an election integrity advocacy group. Rather than keep the image files to use in potential audits, officials program the machines to destroy them.

In Florida, 64 counties — the majority — use ES&S digital scanners that take pictures of paper ballots. But the ES&S machines offer three options: election supervisors can program the scanners to save all images, save images only of write-in ballots, or destroy all images.

“In a sense they’re the source document,” Susan Pynchon, a plaintiff in the lawsuit and director of the Florida Fair Elections Coalition, told WhoWhatWhy. “That’s what was counted. How can you destroy it?”

Federal law requires that counties hang on to paper ballots and their digital images for 22 months after an election. In Florida, election-related public record preservation is authorized by statute — like the federal regulations, the rules carry the weight of law.

But in many counties, ballot image preservation hasn’t been happening. 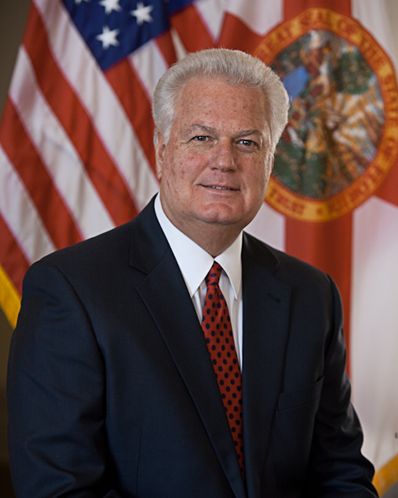 Pynchon and Brakey attribute the inconsistency to inadequate leadership from the state: that’s why they pushed for a lawsuit. Brakey hopes the courts will clear the legal obligation for each county to preserve images in the event of a recount.

In the weeks before the election, the director of the Division of Elections, Maria Matthews, sent a series of emails to election supervisors statewide explaining the rules. She explained that where voting machines are programmed to capture images of ballots as they are scanned, “those images may be subject to retention requirements under the public records law.” She went on to advise supervisors of elections to consult city attorneys for specific details about retention and disclosure requirements.

Those emails were anything but satisfactory to Brakey and the AUDIT-USA team.

“They sent out bullshit instructions,” he said. “They told counties here’s the law — get with your city attorney and make a decision.” He expects the state will argue in court that it doesn’t have the authority to tell the counties what to do or how to administer their elections — despite clear federal law.

Pynchon sees a tactic to distribute — rather than accept — responsibility.

“By putting it back on each supervisor, it relieves the Division of Election,” she said. But given that federal law requires preservation, Brakey says, there isn’t much room for interpretation: counties that don’t save ballot images are breaking the law.

Pynchon emailed all the election supervisors in Florida explaining the requirements: anything created in the course of an election must be preserved. She says the response was mixed: some supervisors were eager to come into compliance; others rejected the notion entirely. She has since filed public records requests for ballot images, records of votes cast and ballots logged, and any audit results.

But for votes already counted and ballot images destroyed, nothing can be done. As the possibility of recount looms large in Florida, though, ballot images could prove pivotal. The more documentation to cross-reference, the better.

“It shouldn’t end in a conspiracy theory,” Brakey said. “It should end in fact.”

Keep it civilized, keep it relevant, keep it clear, keep it short. Please do not post links or promotional material. We reserve the right to edit and to delete comments where necessary.

If you like that you see, we encourage you to show some love for Who.What.Why. by making a donation to Who.What.Why. to help fund their operations

Who.What.Why. is an independent, non-profit, public-interest news publication that was founded by investigative journalist Russ Baker, it embodies a form of investigative reporting that is rigorous, relentless, and scientific. Who.What.Why. pairs senior reporters, who have decades of experience, with dedicated young journalists new to the field.

For Your Society is not affiliated with Who.What.Why.

Pro skateboarder Cory Scott Juneau today officially accepted sanctions after testing positive for cannabis. Although his period of suspension is technically complete, thanks to a reduction in suspension length, Juneau is reportedly the first American...
High Times
01.22.19

Quick Take The Federal Reserve has raised interest rates nine times since 2015, so a claim circulating on social media that there were no increases during the Obama administration is wrong. Full Story The central...
FactCheck.org
01.09.19

Gab, the controversial social network used by the man accused of killing 11 people in a Pittsburgh synagogue, is back online after its original Web hosting provider cut ties with the company. Gab, which has...
Fortune
11.05.18

FDA clears AliveCor’s consumer ECG. AliveCor has become the first-ever company to snag an FDA clearance for six-lead heart monitor meant for regular consumers. The KardiaMobile 6L, unlike other direct-to-consumer devices that have ECG capabilities (such...
Fortune
05.14.19

The basic theory of the presidential candidacy of Sen. Amy Klobuchar of Minnesota and the potential candidacy of former Vice President Joe Biden is that Democrats win when they are able to get the electorate,...
FiveThirtyEight
04.02.19

Quip, an oral health care startup that has boomed with the proliferation of startups banking on the so-called subscription economy, is only getting bigger now that it has raised $40 million more in venture capital....
Fortune
11.27.18

Last week, we introduced a method for evaluating Democratic presidential contenders, which focused on their ability to build a coalition among key constituencies within the party. In particular, our method claims there are five essential...
FiveThirtyEight
01.14.19