Can Trump Avoid Taxes by Moving to Florida? It’s Not So Simple. 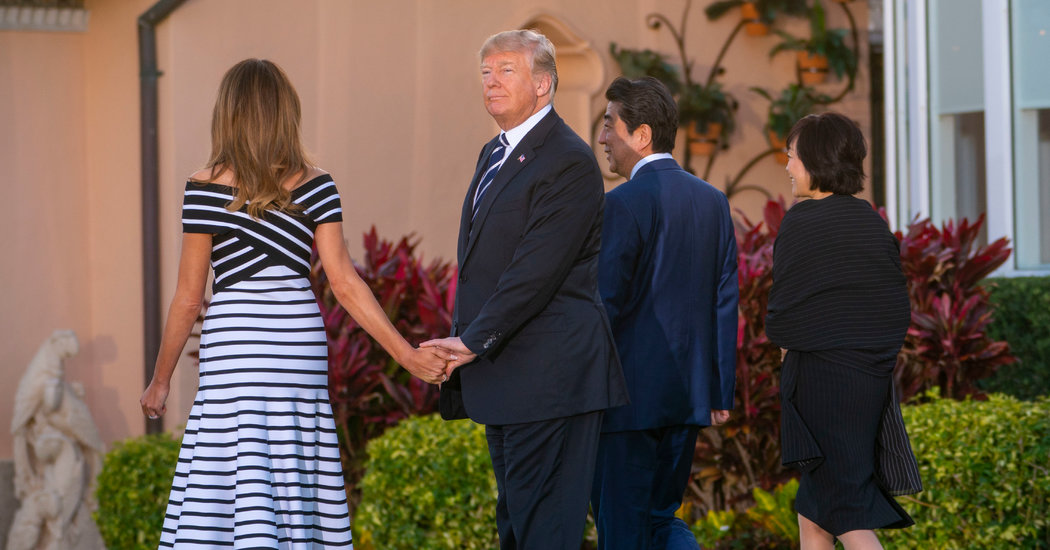 Like a long line of other wealthy New Yorkers, President Trump has decided to establish his legal residence in Florida, apparently at least in part to save money on taxes.

But changing one’s legal home is not so simple.

New York State has a platoon of state auditors who zealously examine whether people are trying to skirt paying its state and local taxes by improperly claiming that they live elsewhere.

Those officials regularly face off against an industry of accountants and lawyers who specialize in tax avoidance strategies.

Under state law, taxpayers who spend 184 days a year in New York — more than half the year — have to pay state taxes on all of their income. But even if a person does spend most of the year out of state, that is not enough.

Tax experts say that convincing auditors that a taxpayer has gone from being a New Yorker to being a Floridian involves more than filing a “declaration of domicile” form, as Mr. Trump and Melania Trump, the first lady, did in Palm Beach County Circuit Court in September.

Florida is one of the few states with no state or local income taxes and has long been a preferred destination for wealthy New Yorkers looking to lower their tax bills.

For its part, New York has a multipart test that takes in everything from where a taxpayer’s family is, and where he or she keeps “items near and dear,” like family heirlooms. Auditors also examine whether a taxpayer continues to maintain a business in New York.

In this case, if Mr. Trump still controlled the Trump Organization, with its considerable holdings in New York City, that might raise questions.

In other words, tax officials look at more than whether a taxpayer has simply switched from a New York bank to a Florida bank.

It is not clear how much time Mr. Trump plans to spend in New York during the rest of his presidency or after he leaves the White House — or whether he plans to keep his triplex apartment in Trump Tower or sell it, a move that could figure in how New York evaluates his tax status.

And the burden of proof would be on him.

There are seemingly reams of rules and endless ways taxpayers can be tripped up.

Nishant Mittal, a founder of Monaeo, which offers an app to help wealthy people keep track of their whereabouts for tax purposes, said New York had conducted an average of 3,024 nonresidency audits a year between 2010 and 2017. He said the audits had yielded about $1 billion for the state.

“If you make more than $1 million in annual income, your chances of getting audited are about 82 percent,” he said. Mr. Trump’s chances might be higher, he said.

“My belief is once he is no longer president, he will definitely get audited,” Mr. Mittal said, adding, “New York is going to make sure he actually did change his domicile.”

One issue that the tax authorities consider is “have you abandoned your New York residence?” Mr. Kosnitzky said.

But the state considers more than whether abandoning a New York residence means giving up a brick-and-mortar house, like Mr. Trump’s home on the 58th floor of Trump Tower.

Another factor that could help Mr. Trump prove his case is whether a taxpayer who has a business has been running that business in the tax year in question.

Mr. Trump “could be found to be a Florida resident because he’s not technically running the company anymore,” said Robin Statsky, an accountant in Manhattan. “He’s basically been in Washington” and has spent more time there than anywhere other than Mar-a-Lago since he was inaugurated, she said.

Tax experts say Mr. Trump is not alone in leaving. There has been a surge of departures among hedge fund managers looking to reduce their tax bills, especially if they lost the deduction for state and local taxes in the 2017 tax overhaul bill.

The elimination of that deduction had a significant impact among well-off residents in New York and New Jersey, states with some of the country’s highest local income tax rates.

By some estimates, leaving could reduce their tax bills by nearly 13 percentage points.

If New York does challenge a residency, the chances that a taxpayer will win are not good, Mr. Nittal said.

“The reason is, New York is pulling data from cellphone carriers” and other sources like social media sites, he said. “When the state comes in and says, ‘You were not in New York,’ it’s really, really hard to fight it.”

That Mr. Trump would walk away from New York might seem hard to imagine. It was the city where he was born, where he built towers that carried his name and where his blustering personality and his romantic life — he is twice divorced — made him a fixture in the tabloids.

It was also where he starred in “The Apprentice,” the reality-television show that elevated his national profile.

But since he was elected president, it has seemed that the city and Mr. Trump were headed for a breakup, with both sides openly expressing animosity for each other.

In discussing his decision to leave New York on Twitter, Mr. Trump said he had been treated poorly by political leaders in the state, despite having paid “millions of dollars in city, state and local taxes each year.’’

But because Mr. Trump has never released his taxes, the validity of his claim cannot be determined.

The still-very-crowded Democratic presidential primary has been polled pretty extensively this year, giving observers a sense of who’s doing well in their efforts to win over likely Democratic primary voters and caucusgoers and who is...
FiveThirtyEight
10.22.19

The judge overseeing former Trump campaign chairman Paul Manafort’s D.C. case won’t change her ruling that the 69-year old lied to investigators about his contacts with an alleged Russian spy, according to a Friday court...
Talking Points Memo
03.01.19

This is a rush transcript. Copy may not be in its final form. NERMEEN SHAIKH: House Republicans have quashed debate on a resolution that aims to end U.S. military support for the Saudi-led war in...
Democracy Now!
11.15.18

Welcome to Pollapalooza, our weekly polling roundup. Poll(s) of the fortnight No one could blame you if you forgot about it over the holidays, but we’re currently on Day 14 of the partial government shutdown....
FiveThirtyEight
01.04.19

"The suppression of American voters is something we thought our country had moved past, and yet here we are in the 21st century still engaged in this battle over fundamental rights." As the GOP's attacks...
Alternet
11.03.18

In his Medium Cool column in the December 12, 1977, Village Voice, James Wolcott ruminated on the man many might still want to see as the fifth face on Mount Rushmore: John Wayne. The Voice...
Village Voice
02.23.19

After two years of drama, special counsel Robert Mueller’s investigation into Russian interference in the 2016 election ended on Wednesday morning with a quiet, even anticlimactic coda. In his first (and what appear to be...
FiveThirtyEight
05.29.19

This is a rush transcript. Copy may not be in its final form. AMY GOODMAN: Today, in this special broadcast, we begin with the words of Frederick Douglass. Born into slavery around 1818, Douglass became...
Democracy Now!
07.04.19