Australian wine made a name for itself years ago with Shiraz, and the country soon became synonymous with the big, bold red. Oftentimes, this Southern Hemisphere grape bears little resemblance to its French-rooted counterpart, Syrah.

However, a new wave of winemakers are leaning in to the lighter, spicier style found in northern Rhone and eschewing the “Shiraz” label for “Syrah.” While some of these young guns say using “Syrah” is a better way to describe their wine—and to educate drinkers about the diversity of Australia’s winemaking regions—others contend that they should continue to use “Shiraz” as a way to show the evolution of the variety in the country. 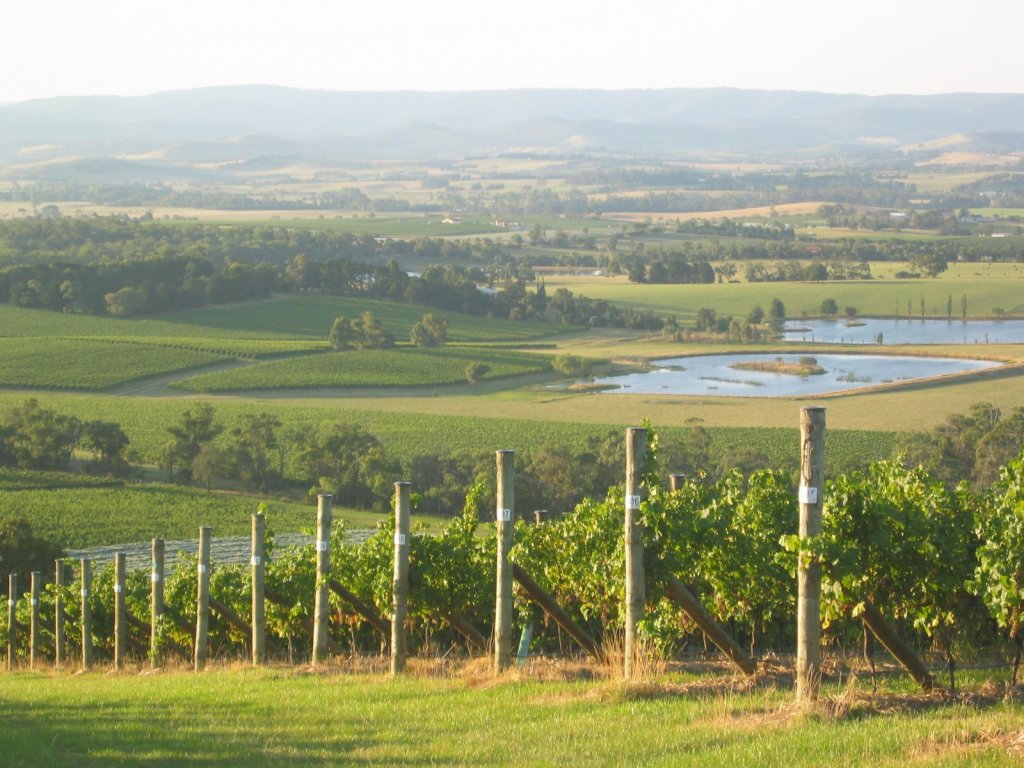 The grape, French in origin, made its way to Australia in 1832 when viticulturist James Busby brought vines back after a tour of French and Spanish vineyards. Shiraz’s popularity became widespread and the variety was planted across the country, but it was often used as a blending grape. However, intrepid winemakers in the Barossa Valley—such as Dr. Christopher Rawson Penfold, founder of Penfold’s Grange—had a different experience with the grape in the region’s hot climate, and deemed Shiraz worthy of its own label. In the 1950s and 1960s, inspired by the winemaking in Bordeaux, new techniques were introduced at Penfold’s, which set the benchmark for decades to come.

Fast forward to the 1980’s and 1990’s, and Robert Parker, the arbiter of wine styles for several decades, gave perfect scores to the lush and ripe versions of Shiraz from estates like Penfold’s and Torbreck, setting off a barrage of copycats. “Australia had a reputation both internationally and domestically, of producing big, sweet, jammy styles of Shiraz with the Barossa leading the charge,” says Caroline Mooney, owner and winemaker of Bird on a Wire in the Yarra Valley. While some were very good, bottles of mediocre-quality wine with higher-than-average alcohol content were also being churned out; the flood of one-note wines meant Shiraz soon fell out of favor with the drinking public.

For many winemakers, Shiraz’s downfall became a moment of reckoning; they saw it as an opportunity to talk about terroir and educate drinkers on the climactic diversity of the country. “When Bird on a Wire started [in 2008], there was a need to differentiate cool climate Shiraz, chasing a more elegant, savory, and fine tannin profile,” Mooney says, “And to offer an explanation as to why not all Australian Shiraz needed to be 16% alcohol and jammy.” 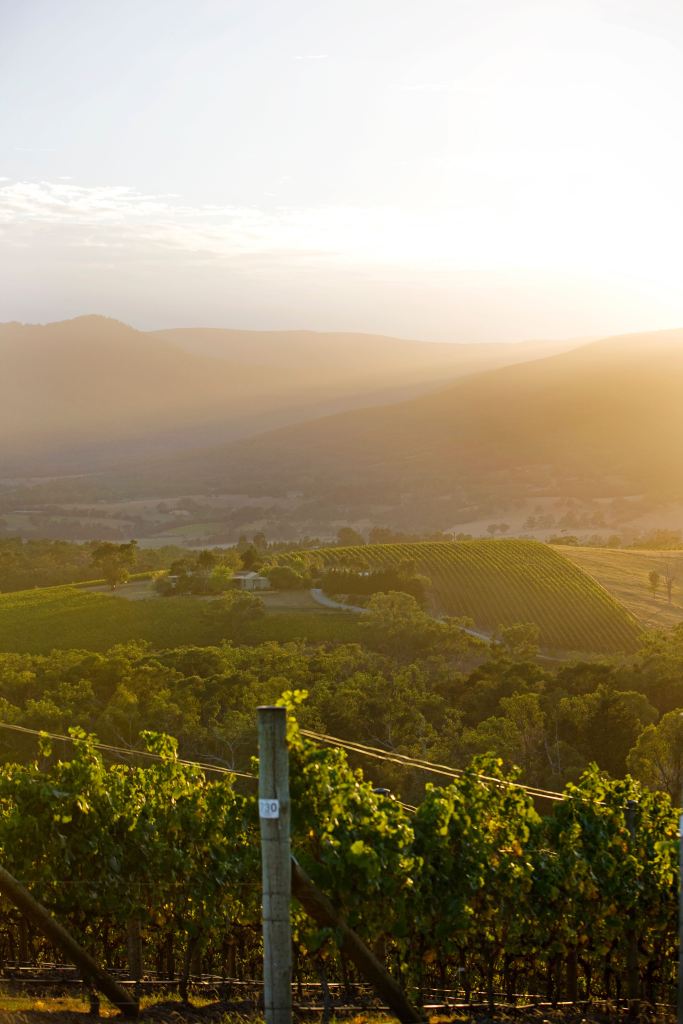 Sunrise on the Sexton Vineyard at Giant Steps Winery in the Yarra Valley.
Giant Steps

Producers in places like the Yarra Valley and Adelaide Hills, with their cool-climate profiles, adapted the French name, Syrah, to signify the soul of the style they sought. “We wanted to differentiate cool climate Syrah—a highly perfumed, spicy, savory red wine—from the warmer climate, larger wines that people have historically associated with the varietal name Shiraz,” explains Steve Flamsteed, winemaker at Giant Steps in the Yarra Valley. To illustrate his point, in the warmer region of McLaren Vale, Giant Steps produces a Shiraz, creating a clear definition of how terroir plays a major part in defining the grape.

Brendon Keys, co-owner and winemaker at BK Wines in the Adelaide Hills, notes that it’s a misnomer to call Australia the New World because it’s a country of old soils—approximately 500 to 870 million years old—with newer vines. This Old World mentality is reflected on his labels, where he uses the more historical term “Syrah.” 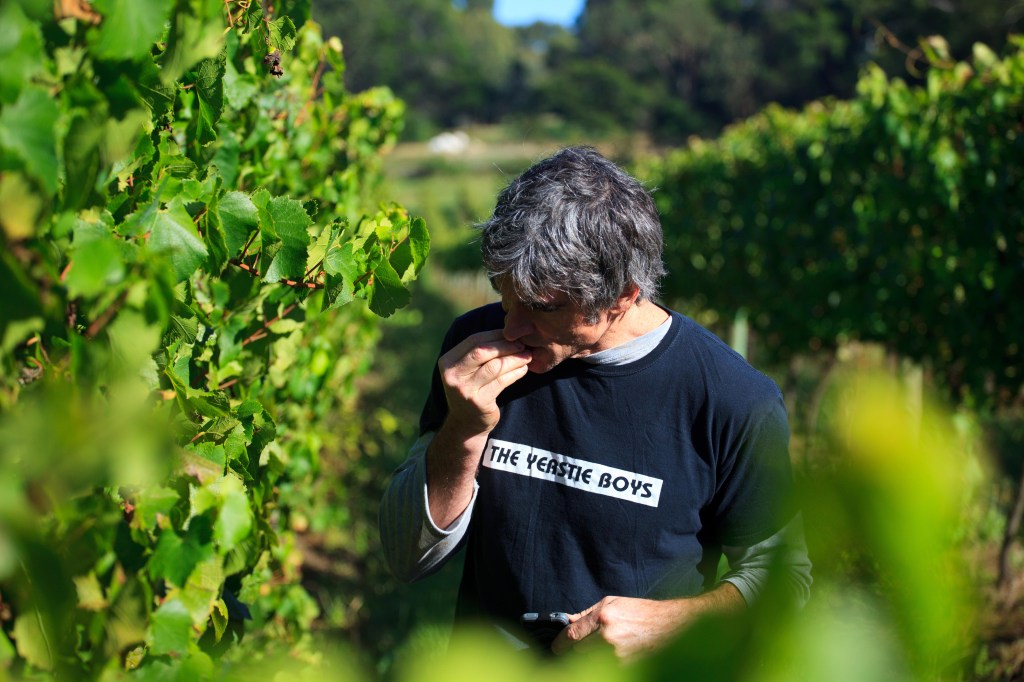 Flamsteed thinks by adopting the term Syrah, they’ve gained an unexpected marketing advantage. “There is a sea of Australian Shiraz available—most of which is very good value at individual price points—but it seems that in Oz, the Syrah moniker tends to be associated with a more handmade wines, and people seem to be more comfortable paying a little more.”

Ronnie Sanders, president of Vine Street Imports, a U.S.-based importer specializing in Australian wine, sees a lot of similarities between Australian and American winemaking. “Australia's a wine producing country no different than the U.S.,” Sanders says. “It's like saying all American wines are Napa Cabernet, which we know from living here is complete nonsense. But from the outside, it could look like that, right? If you lived in Shanghai, what's American wine? Big Napa Cab. It's really the same stereotype in a lot of ways.” This duality of names drives home the diversity of Australia’s climates and puts the country into a relatable context for U.S. drinkers. 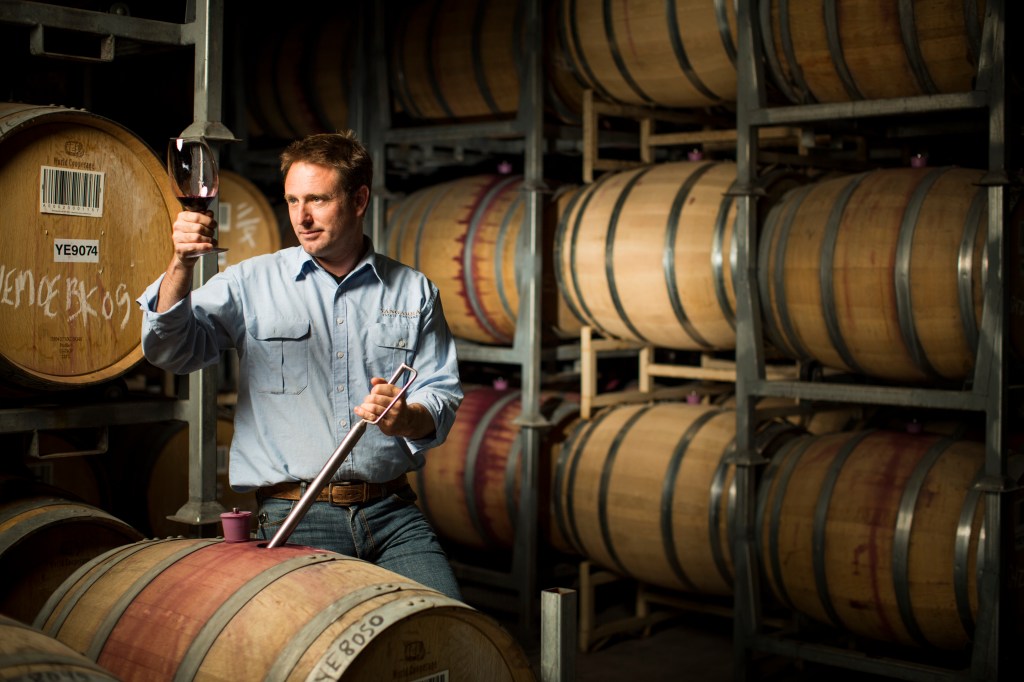 Ironically, the pendulum has started to swing for Shiraz as well. While plush, juicy styles still abound, it’s more often the entry-level wines that continue along this path; for high-end wineries, it’s about restraint. “I have considered [using the term Syrah], but for a few reasons decided against it,” said Peter Fraser, winemaker at Hickinbotham Clarendon Vineyard and Yangarra Estate Vineyard in McLaren Vale. Although he says he makes his Shiraz “in somewhat of a Syrah style, I think [Syrah] is more a cold climate nomenclature. [Also], when two of the most famous Australian wines—Penfold’s Grange and Henschke’s Hill of Grace—run with Shiraz, I lean towards the conservative thinking of, why go against what people understand?”

This renewed focus on premium Shiraz is not lost on Australia’s Syrah-focused winemakers. “I think if I was starting Bird on a Wire today, I would possibly call it Shiraz as the market and understanding of this variety has evolved substantially,” Mooney says. “There is a much greater understanding of how varieties in general change from region to region and from one winemaker to another and how all of these influences combined go to make individual wines.” However, Mooney wouldn’t change a thing if given the opportunity to do it all over again.

“If I took myself back in time 12 years, I would still call it Syrah,” Mooney says. “I think many of us who chose to have helped with that greater understanding of this variety and its nuances.”

—Restaurants are leveling up by creating their own signature craft spirits

—At cocktails’ biggest conference, the discussion turns to not drinking

—Has mezcal become too big for its own good?

Democratic presidential candidate Sen. Kirsten Gillibrand of New York released a plan for the national legalization of marijuana on Wednesday, saying that she would make the issue a “top priority” of her presidency. “America’s federal...
High Times
06.05.19

Labor Day might technically be a holiday for working people, but we sure do a lot of home repairs on that day off (well, before the barbecue, at least). Fortunately, most home improvement stores are...
Fortune
09.02.19

Amazon is designating products sold by certain companies as “top brands,” a test that if widely implemented could ease tension between the online retail giant and big-name companies used to favorable positioning at brick-and-mortar retailers....
Fortune
08.16.19

Good afternoon, readers. We're hunkered down and closing the upcoming issue of Fortune today. But in the meantime, I hope you'll follow along with my colleagues' outstanding coverage of the equally-outstanding Fortune Brainstorm Tech conference...
Fortune
07.16.19

A disappointing financial warning from a fairly small player in the corporate technology gear market unleashed a bloodbath among the stocks of major hardware vendors on Friday. Silicon Valley-based NetApp warned on Friday morning that...
Fortune
08.02.19

As stated in the legislation, "no person may be sentenced to death or put to death on or after the date of enactment of this act for any violation of federal law." If enacted, it...
Fortune
07.26.19

LONDON (AP) — Ryanair has faced criticism after a video posted online apparently showed the airline’s crew failing to take action to remove a passenger who launched a racist tirade against a fellow traveler. The...
Talking Points Memo
10.22.18