Airbnb on Thursday is launching Animal Experiences, a new marketplace that will connect travelers to some 1,000 animal-related tours and activities—urban beekeeping, arctic fox photography, and corgi paddleboarding, to name a few. The service represents a new category in Airbnb's growing Experiences platform—a business, CEO Brian Chesky told Fortune in an exclusive interview, that will be "very central to Airbnb's story" ahead of the company's planned IPO next year.

Chesky and Airbnb are hoping Experiences can help the company increase its profit margins and boost enthusiasm for the brand, as its core vacation-rental business matures and continues to face regulatory hurdles.

The Animal Experiences marketplace is part of Airbnb's goal to organize its 40,000-plus Experiences into distinct categories with different branding and "quality considerations," Chesky said. Animals is Airbnb's second category, following the launch back in June of Airbnb Adventures—multi-day trips that include meals, lodging, and guided activities.

Chesky told Fortune that the company opted for Animals next after seeing high, organic interest in animal-related activities on the original Experiences platform. It also helps that wildlife tourism is a $120 billion industry, according to the World Travel and Tourism Council. "It is a very large addressable market, there's very few people that are uninterested in animals," Chesky said. "There are only so many zoos, and zoos are obviously a different kind of experience than what we're offering." 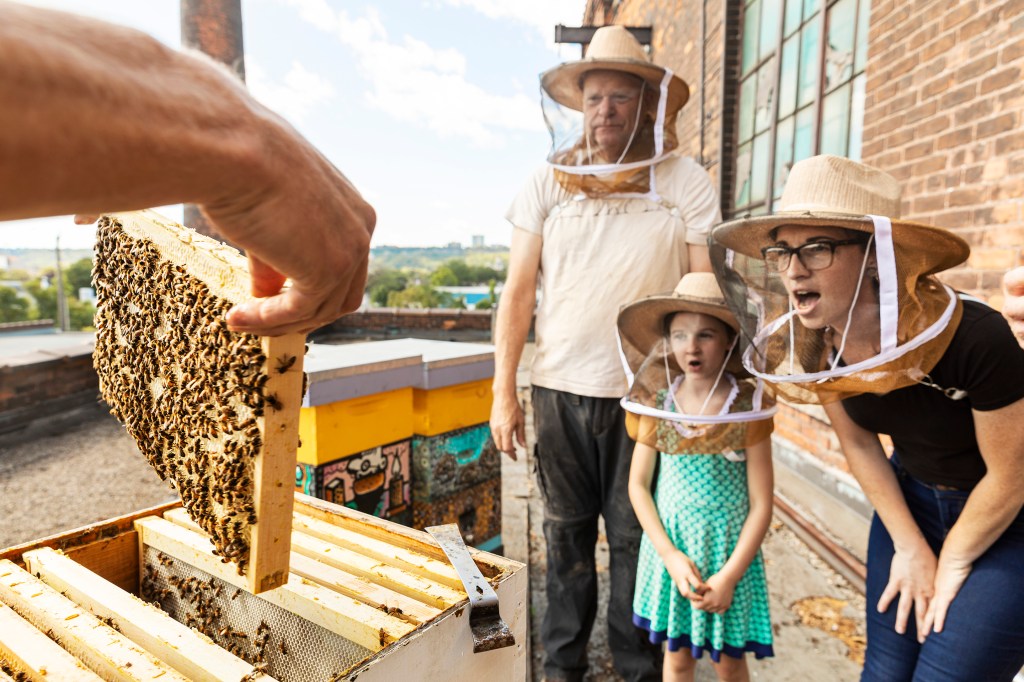 Urban beekeeping in Canada, another "Animal Experience."
Courtesy of Airbnb

The company says that each of the 1,000 Animal Experiences available starting today adheres to animal welfare guidelines developed in collaboration with World Animal Protection, an international nonprofit headquartered in London. Alesia Soltanpanah, executive director of WAP, told Fortune that the guidelines were "probably the most progressive animal policy for a travel company that we've seen yet." The policy prohibits direct contact with wild animals, using them as selfie props or for entertainment performances, or overworking domesticated animals, among other measures. Airbnb also says that each Experience is guided by vetted animal experts.

Beyond housing—perhaps with less controversy

Chesky believes Animal Experiences can further cement Airbnb's status as a provider of not just accommodations, but things to do. Since Experiences—originally called Airbnb Trips—launched in 2016, the platform has grown rapidly, from 500 Experiences in 12 destinations in 2017 to more than 40,000 activities in roughly 1,000 cities today. Airbnb does not break out revenue or customer numbers from Experiences, but the company says the marketplace is attracting first-time customers who hadn't used Airbnb traditionally to book homes: One in seven who booked an Experience in the second quarter of 2019 had never booked a stay on Airbnb, the company says, double the share of newcomers in the previous year.

Increasing and diversifying Airbnb's offerings is key to the company's agenda ahead of an IPO, which the company said last month it plans to undergo in 2020. Growth has been strong—above 30% in the first quarter of this year, according to the Wall Street Journal—and Airbnb announced in September it had generated more than $1 billion in revenue in the second quarter of 2019, for the second time in its history.

Experiences are also a business that could generate less friction than Airbnb's core rental business. The company faces mounting criticism that its business model limits the housing market for local residents in may cities, by incentivizing landlords to devote more space to lucrative short-term rentals. It’s an issue that some investors want resolved in major—and resistant—municipalities like New York City before Airbnb goes public, according to reports. 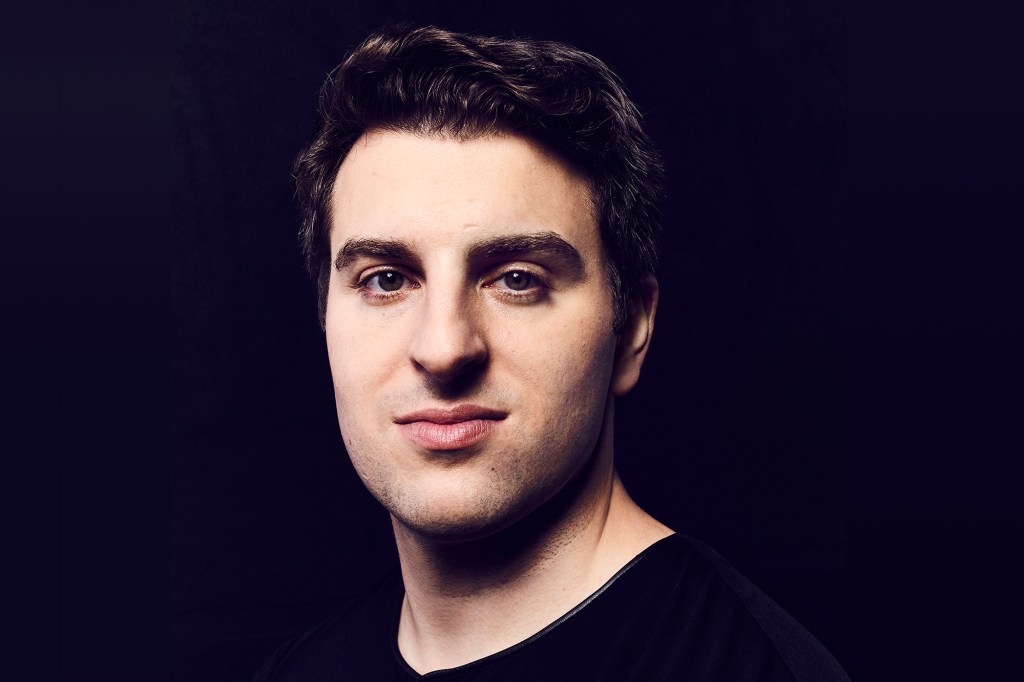 Brian Chesky, CEO of Airbnb, photographed for Fortune in 2016.
Photograph by Joe Pugliese

The Experiences business faces less regulatory backlash than home-sharing, according to Chesky. "I've spent a lot of time with policymakers all over the world, and there's a huge amount of enthusiasm for Experiences," he said. "We have examples of cities where the tone was quite different with Homes [the core rental business], but when we started talking about Experiences it really fundamentally changed the nature of the conversations in I think a positive kind of way." (Chesky declined to name specific cities where this was the case.)

A key difference in the reception to Experiences, Chesky said, was Airbnb's commitment to building the platform relatively gradually. "When we built Experiences, we started very, very curated from the very beginning—in fact we constrained the growth of the business because we wanted to make sure that we felt like we got it right.

"I wasn't as mindful of all the considerations when we built the Homes business—I don't think anyone was," he added. "I now have many years and hundreds of millions of data points worth of lessons about Homes that we've applied to Experiences....Over time we've gotten much more hands-on with the management of our Homes."

Chesky believes a more deliberate approach with Experiences could allow Airbnb to tap into an enormous market. A January 2019 report from the World Travel and Tourism Council and Bloomberg Media Group found that global spending on the so-called experience economy is expected to hit $8.2 trillion by 2028. Another report from Eventbrite found that more than three of four millennials (78%) said they preferred to spend money on a desirable experience than a desirable physical good.

"I think the experience industry will be as big or bigger than the core Homes business that we built," Chesky added. "Whether or not Airbnb is the company that does that or not is up to us, and our execution."

—WeWork IPO filing withdrawn as roadshow leads to a dead end
—Here’s all the tech Intel plans to launch at the Tokyo 2020 Olympic Games
—How SoftBank burns Silicon Valley bridges and still comes out on top
—Will the Bakkt launch help Bitcoin go mainstream?
—Listen to our audio briefing, Fortune 500 Daily
Follow Fortune on Flipboard to stay up-to-date on the latest news and analysis.

CEOs, it turns out, are pretty good at predicting the future—at least when it comes to economic trends. Ahead of the World Economic Forum in Davos, Switzerland, PwC on Monday revealed that the attitudes of...
Fortune
01.21.19

High Times Holding Corporation is thrilled to announce that veteran media and entertainment executive Kraig Fox will take over as the company’s President and Chief Executive Officer. In his new role, Fox will oversee the...
High Times
04.03.19

This is a rush transcript. Copy may not be in its final form. AMY GOODMAN: Immigrant communities across the country and their allies are preparing for nationwide raids by Immigration and Customs Enforcement, planned to...
Democracy Now!
07.12.19

Pinterest filed confidentially for an initial public offering that could debut in the public stock market as soon as June, the Wall Street Journal reported Thursday, citing unnamed sources. The social-media company is hoping to...
Fortune
02.21.19

When people think of weed-friendly states, Alabama is probably not one of the states that comes to mind. But now, a new bill could introduce some important changes to Alabama’s cannabis laws. While the new...
High Times
04.18.19

France’s luxury-goods tycoons pledged 300 million euros ($339 million) to help in the reconstruction of Notre-Dame cathedral after the Paris landmark was ravaged by fire on Monday, answering a call from President Emmanuel Macron for...
Fortune
04.16.19